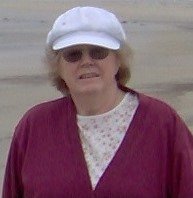 The passing of Dorothy Mae (Chetwynd) Scott of Fredericton, NB, wife of the late Orrie Scott, occurred on July 2, 2021 at Windsor Court.  Born on July 23, 1935 in Lockeport, NS, she was the daughter of the late Archie and Muriel (Wamback) Chetwynd.  Dorothy worked as a bookkeeper for Devon Drug Company.

In keeping with Dorothy’s wishes there will be no services at this time. A private graveside service will take place in the Sunny Bank Cemetery, at a later date. For those who wish, remembrances may be made to a charity of the donor's choice. Personal condolences may be offered through www.yorkfh.com

Share Your Memory of
Dorothy
Upload Your Memory View All Memories
Be the first to upload a memory!
Share A Memory
Send Flowers