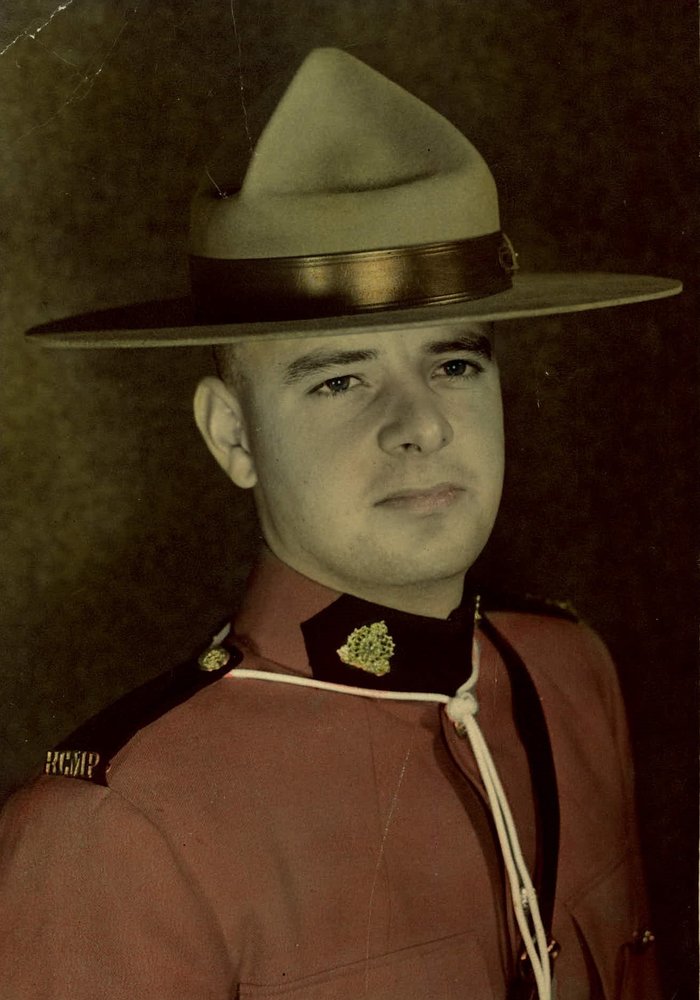 Thomas Hendry Morton passed away Saturday June 19th, 2021 on 4SE at the Dr. Chalmers Regional Hospital, after having celebrated his 90th birthday on May 21st. He was with family when he slipped quietly away and will be greatly missed.

Harry was born in Beamsville, Ontario in 1931 to father William Morton and mother Elizabeth Patterson Morton. He was the older brother to sister Isobelle Morton Madronich. In his early years he worked on the family farm, but the farm life was not for him. He set his eye on becoming a member of the RCMP and accomplished his goal serving with the force for twenty years before retiring. He had many a story about his days as an officer and had many an adventure. One such adventure was meeting his wife Erna Legere when posted in Plaster Rock. They married in 1956 and she travelled with him as he was posted. Throughout those years they had four children, Bill (Eva Baldwin), Tom, Beth (Dan Cornford) and Kathy (Greg Keyes). Upon retirement from the RCMP he returned to N.B, with his family and settled in Fredericton, as it felt like home to him. He then worked for the University of New Brunswick, in the comptroller office, for 18 Years until his well enjoyed retirement in 1993. An avid outdoorsman with an encyclopedia mind. If you had a question, he knew the answer.

The family would like to acknowledge the excellent care received from the Nurses on 4SE and are appreciative of their professional and compassionate manner. If he had final words, they would be, “...be careful.” In keeping with Harry’s wishes, there will be no services at this time.  For those who wish, remembrances may be made to the Canadian Diabetes Association. Personal condolences may be offered through www.yorkfh.com

Share Your Memory of
Thomas
Upload Your Memory View All Memories
Be the first to upload a memory!
Share A Memory
Plant a Tree