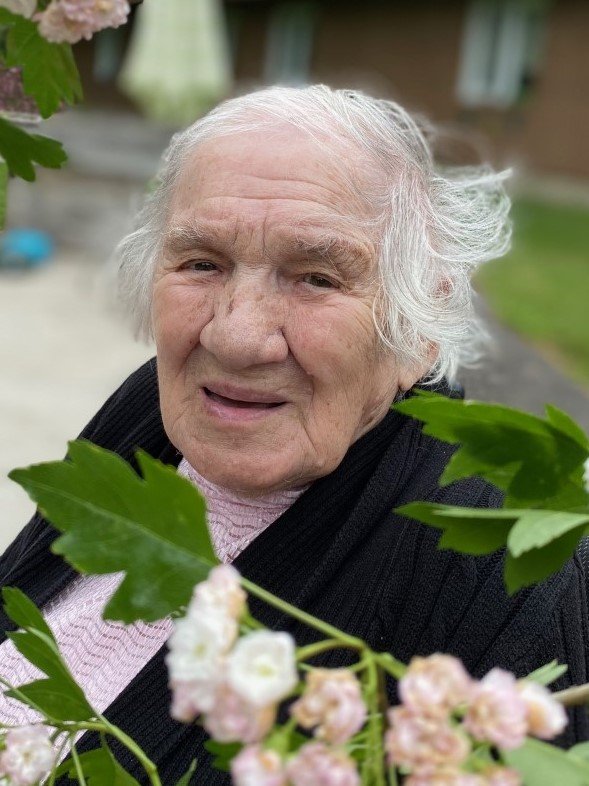 It is with great sadness that we announce the passing of Sofia Reissner of Fredericton, New Brunswick. Married for 68 years to her husband, Michael (“Mike”) Reissner. Born in Bistriz, Romania, she was the daughter of the late George Hoos and Maria (Wagner) Hoos.

She is survived by her children, Brigitte McKay (Ronnie) and Rick (Alanna Sherwood) all of Fredericton.

Besides her parents, husband and sister, she was predeceased by her son, Gunther (2020).

A World War II veteran, she immigrated to Canada in 1953 with her husband and two oldest children in hopes of a better life. She was a homemaker, but also enjoyed working outside the home. She was a strong woman, patient and kind. She taught herself how to speak English. She was a lifetime member of the Canadian Red Cross and a member of the Overseas Women’s Club for 45 years. She enjoyed reading, listening to music, playing the harmonica and spending time at the camp at Yoho Lake. She blessed her family and friends with her homemade bread, cookies and Black Forest cake.

Her last few years were spent at Pine Grove Nursing Home, where she became a part of their family. We would like to thank the nurses and staff for taking such good care of Mom.

Arrangements have been entrusted to the loving care of York Funeral Home. Due to current circumstances, the family will be holding a private service at York Funeral Home’s T. Gordon MacLeod Memorial Chapel. Interment will be in Douglas Rural Cemetery. For those who wish, remembrances may be made to a charity of your choice. Personal condolences may be offered through www.yorkfh.com

We know Sofia would like you to have a shot of Bailey’s and a toast to a life well lived.