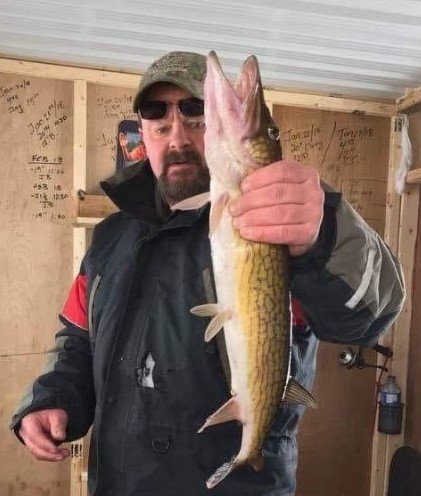 Carey Albert Carle, age 58, of Fredericton, NB passed away Thursday, May 20, 2021 from an adverse reaction to the Astra Zeneca vaccine.  Carey is survived by his parents, Glen and Ferne (Young) Carle; his wife of 27 years, Mable Malley; his son, Adam; his brother Brent (Gerrie) & family.  Nieces, nephews, aunts, uncles and cousins. He was predeceased by his Paternal grandparents; Albert and Flo Carle, and his maternal grandparents; Claude and Laura Young.

Carey’s son, Adam, was absolutely the highlight of his life.  Carey was so proud of Adam and the man he turned out to be.  Carey spent many cold winters making sure Adam had the perfect backyard rink.  Carey bought a boat one year so Adam would learn to water ski.

Carey had a special bond with his Mom and Dad.  He would see them almost every day, if that was not possible, they would at least talk.  Glen and Carey were similar in nature, hardworking is an understatement.  Carey was proud of their business “H20 Bulk Water Ltd,” that he and Glen started many years ago.  The company phone was always on and Carey would NEVER not answer it.  Even during family meals, which would cause many eye rolls from his family.

Carey loved spending time at the cottage he built by himself, Maquapit Lake was a place of peace for him.

Carey was a handyman extraordinaire.  He knew basic plumbing, electrical, mechanic, landscaping, and carpentry skills.  If he did not know how to fix something, he would research it.  If he were not sure, he would call his childhood friend, sidekick and cousin Johnny Young.  Between the two of them, they would find a solution.

Carey had his Black Belt in Karate. Even though he had not participated in the sport for many years, he would do a few kicks here and there to show that he still had the skills.

One year his family decided to host an exchange student from Switzerland when Adam was in grade 4.  Pascal became part of the family very quickly.  Carey, Mable, and Adam visited Pascal in Switzerland.  Years later Pascal came back with his new family for a visit.  Pascal gave Carey a ball cap with the Swiss symbol on it that he wore constantly.  Carey’s family would feel sorry for the person who asked about the “hat”, they were in for a good 15-to-20-minute story about Pascal.

Carey played guitar.  His favorite sports were baseball “Jays” and hockey “Leafs”. He had the gift of gab and he loved hearing, and telling a good joke.  Carey’s hobbies were fishing, hunting, snowmobiling and darts.  His sense of humour and laughter will be missed.

His dog, Annie will miss going to work with him everyday.  Mable would call Annie his therapy dog because Annie was always on his lap.

A private graveside service will be held at the Ripples Community Cemetery, at a later date. In lieu of flowers, Carey would hope that you do an unexpected and unsolicited act of kindness for another person in his name. Personal condolences may be offered through www.yorkfh.com

Share Your Memory of
Carey
Upload Your Memory View All Memories
Be the first to upload a memory!
Share A Memory
Plant a Tree