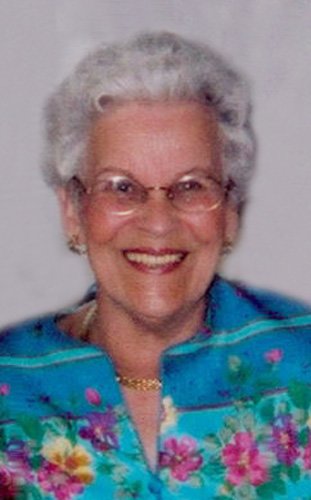 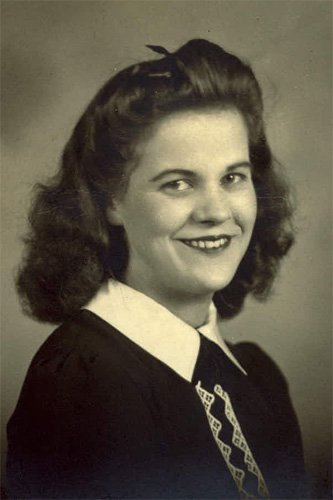 It is in the Light of a life well lived that we announce the passing of Ruth Izetta () LeBlanc. Daughter of Annie (Saunders) and John Robert Wilson. Sister to Helen, Roy, Lloyd and Todd. Beloved Niece to Ellen Jane, Hildred, , Eldon, Earle, Blanche, James and Bertha. Loving Wife of John P. and Mother to Anne, Ellen (Glenn), John (Vanda) and David (Pamela). Grandmother to Adam, Alyson, Stephanie, David and Cynthia . Great Grammie to Audrey, Abbey, Vaughn, , Maura and Violet.

Ruth’s greatest devotion was to her family. This being shown through times of sickness and in the many years of health. Though Ruth worked out of the home, Medicare along with Student Scheduling (Dept. of Education), she worked tirelessly to provide all that a stay at home Mom would provide. Cooking and ironing into the wee hours. She was an exceptional cook always on the cutting edge! This evidenced in the large family and neighbourhood gatherings to which she and John hosted right down to her much loved Bridge Gals.

Through Ruth’s life her greatest love and stronghold was that of her Husband and Friend, John. Their love of dance (kicking up their heels to the Thomists), traveling to their little dingle in Florida and just being together in contentedness provided many years of happiness together. Their pride of family and home shown clearly in all that they did.

Mom’s presence shall be greatly missed but her love of life shall remain strong within each of us. Love You Mom.

Arrangements are in the care of York Funeral Home, to which shall be announced at a later date. For those who wish, remembrances may be made to the charity of the donor’s choice.  Personal condolences may be offered through www.yorkfh.com