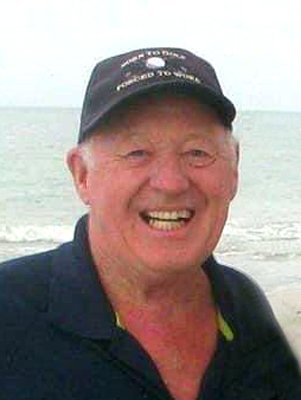 This Service will be recorded and available for viewing on this page, Saturday following the Memorial

With great sadness we announce the sudden passing of John Joseph “Joe” Chisholm, husband of Christina (Clark MacKenzie) Chisholm of Douglas, NB on Wednesday, May 12, 2021 at the Dr Everett Chalmers Regional Hospital in Fredericton. Born on March 30, 1938 in Antigonish, NS, he was a son of the late Daniel and Florence (McNeil) Chisholm. After retiring from the military, John spent his career as a boilermaker. His passion was golf. He was a member of the Royal Canadian Legion Branch #4, Fredericton and St. Mary's Anglican Church.

Visitation will take place at York Funeral Home, 302 Brookside Drive, Fredericton on Friday, May 14, 2021 from 6-8 pm.  Due to current restrictions, a Memorial Service, by invitation only, will be held at St. Mary's Anglican Church, 780 McEvoy Street, Fredericton, NB on Saturday, May 15, 2021 at 2 pm with the Ven. Kevin Stockall officiating. Interment will take place in St. John the Evangelist Anglican Church Cemetery, Fredericton. For those who wish, remembrances may be made to St. Mary's Anglican Church Building Fund, Chalmers Foundation, Extra Mural Hospital or donor’s choice.  Personal condolences may be offered through www.yorkfh.com

Public Visitation with Restrictions in Place

Memorial Service (by Invitation Only)