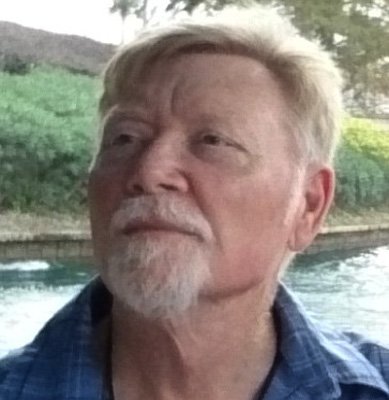 It is with great sadness that the family of George Fitzpatrick of New Maryland, N.B. announces his death on Tuesday, April 27, 2021 at the Dr. Everett Chalmers Hospital, at the age of 74.  George was born on March 24, 1947 in Barrie, ON; the eldest son of the late George and Marion (Manship) Fitzpatrick.

George is survived by his wife, Brenda (Clark); his son, Clinton (Jeysa) Fitzpatrick, Jeysa’s daughter, Jeysa (Ryan) Martinez-Pratt and their son, Arlo. Brenda and George were best friends and had been married over 50 wonderful years.

George’s early childhood was spent in Ontario and Germany before moving to New Brunswick following the death of his father who was in the Canadian Military.

George too joined the Canadian Armed Forces at the tender age of sixteen and traveled extensively overseas. When he returned to N.B., he met and married Brenda (Clark) in 1970 and their son Clinton was born in 1976. That same year he transferred into the Canadian Air Forces and was an Aero Engine Technician and Supervisor at the 403 Squadron in Base Gagetown until his retirement.

George’s second career began in the 80’s as the owner and operator of a High-Performance Engine Shop and he earned wide respect for his mechanical abilities and keen interest in the field.

He was an avid participant in the sport of circle track racing and spent many happy hours and made many lifelong friends in the Atlantic Region and the US.

Honouring his wishes, there will be no visitation or funeral service. The family will have a private interment at a future date.

Donations in George’s memory may be made to the Heart and Stroke Foundation or the Canadian Cancer Society. Sharing of memories and condolences may be offered to the family through York Funeral Home at yorkfh.com

George will be greatly missed and lovingly remembered by his family and friends.

Honouring George's wishes, there will be no visitation or funeral service

The family will have a private interment
at a later date
New Maryland, New Brunswick, Canada
Need Directions?
View Map | Text Directions | Email Directions
Share Your Memory of
George
Upload Your Memory View All Memories
Be the first to upload a memory!
Share A Memory
Send Flowers