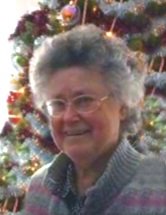 For those unable to attend the Memorial Service on Tuesday, a Live Webcast will be available on the York Funeral Home Website.

The passing of Ann Marie White of , wife of the late Gordon Hughie White, occurred on April 2, 2021 at the Dr. Everett Chalmers Regional Hospital.  Born on August 3, 1946 in , she was a daughter of the late Walter Joseph and Janet (Watt) Kelly.

In addition to her parents and husband, she was predeceased by her son, Gordan White; and sister, Maureen Bolton.

A Memorial Service, by invitation only, will take place at York Funeral Home's T. Gordon MacLeod Memorial Chapel, on Tuesday, April 6, 2021 at 11 am with Father Maria Arokiam Chinnappan officiating. The public is invited to watch the service via Live Webcast on the funeral home's website. Interment will take place in , at a later date. For those who wish, remembrances may be made to Canadian Cancer Society or New Brunswick Heart and Stroke Foundation or donor’s choice.  Personal condolences may be offered through www.yorkfh.com