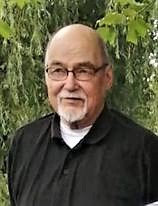 It is with heartfelt sorrow that the family of Harold "Doug" Douglass Clarkson of Fredericton, NB, announces his passing on April 1, 2021.  He was born on November 28, 1941 in Fredericton, NB.  Doug was a son of the late Harold and  Maggie (Douglass) Clarkson of Stanley, NB.

Family and friends have received many wooden ornaments lovingly made by Doug but what he enjoyed most was the time spent on the property in Red Rock just outside Stanley.  He was employed by the New Brunswick Provincial Government for 30 years. He was a devoted St. Louis Cardinal baseball fan and Toronto Maple Leaf hockey fan.

There will be no visitation.  A Memorial Service by invitation only will take place from York Funeral Home's T. Gordon MacLeod Memorial Chapel on Monday, April 5, 2021 at 11 am with Archdeacon Kevin Stockall officiating.  The service may also be viewed through the funeral home's website.  Interment will take place in St. Thomas Anglican Church Cemetery, Stanley, NB at a later date. For those who wish, memorial donations in Doug's memory may be made to the Heart and Stroke Foundation of New Brunswick or to a charity of the donor's choice.  The family wish to thank the staff at the Dr. Everett Chalmers Regional Hospital, Extra Mural Program, Bayshore and EMS for their compassion and care.  Personal condolences may be offered through www.yorkfh.com