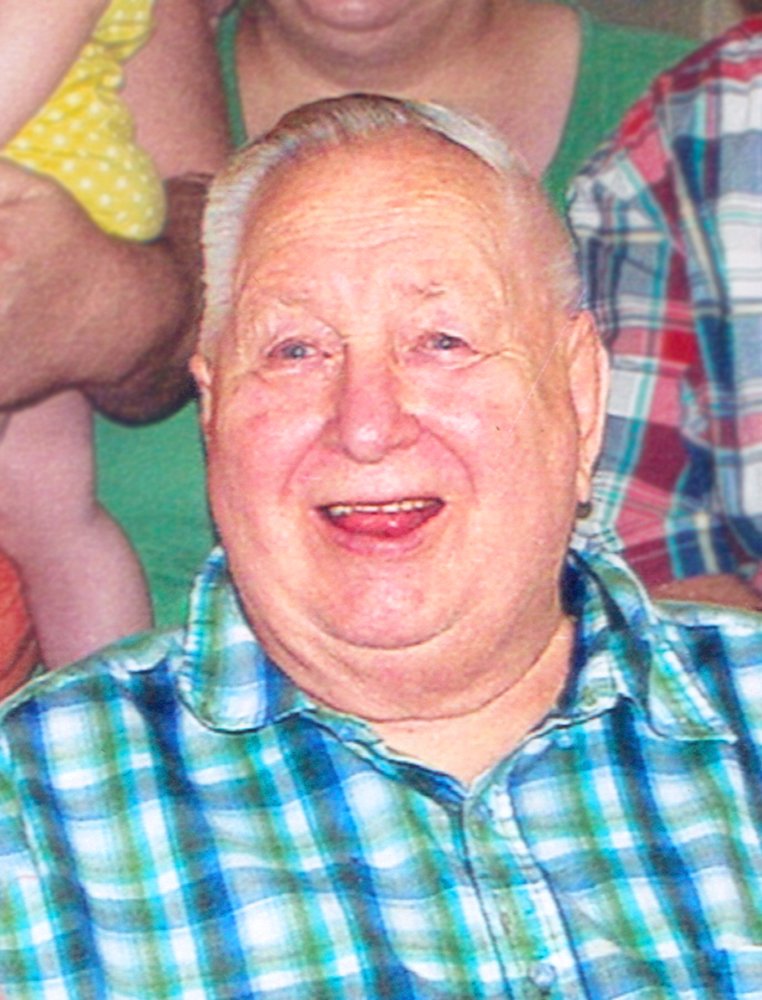 With saddened hearts we announce the passing of Everett F. Grant on Thursday, March 25, 2021 at York Care Centre.  Born and raised in , he was the son of the late Earl L. and M. Pearl (Styles) Grant.  At a very early age, after the death of his mother, he became a chosen son of the late Raymond S. and Bessie E. (Lowe) Russell of St. Stephen.

A printer by trade, he moved to Fredericton in 1960 accepting a position as a Linotype Operator with the Daily Gleaner.  He made his home with James and Donna Lyons until 1991 when he purchased a home on .  Jim and Everett were former co-workers in the printing trade.

Having come from a family of musicians, he was very fond of music and singing.  He would often spend hours of self-entertaining on the piano and organ.  He was a charter member of the Fredericton Barbershoppers (SPEBSQSA) and sang with various groups of singers entertaining at nursing homes, hospitals etc.

After retiring from the Daily Gleaner, he was a school bus driver and did volunteer work at the DECH.  was an avid lawn bowler and played in the Nationals in in 1994.

He was very fond of his extended family and spent many happy hours at their cottage at .  He often remarked that the boys, Jimmy and Jason, were like the sons he never had.  They accompanied him on trips to Florida and the New England States.  “Uncle Everett” was kind and considerate to all and will long be remembered.

Arrangements have been entrusted to the loving care of York Funeral Home. As per Everett’s request, there will be no public service.  A Graveside Service will take place in St. Stephen Rural Cemetery at a later date.  For those who wish, remembrances may be made to York Foundation. Personal condolences may be offered through www.yorkfh.com