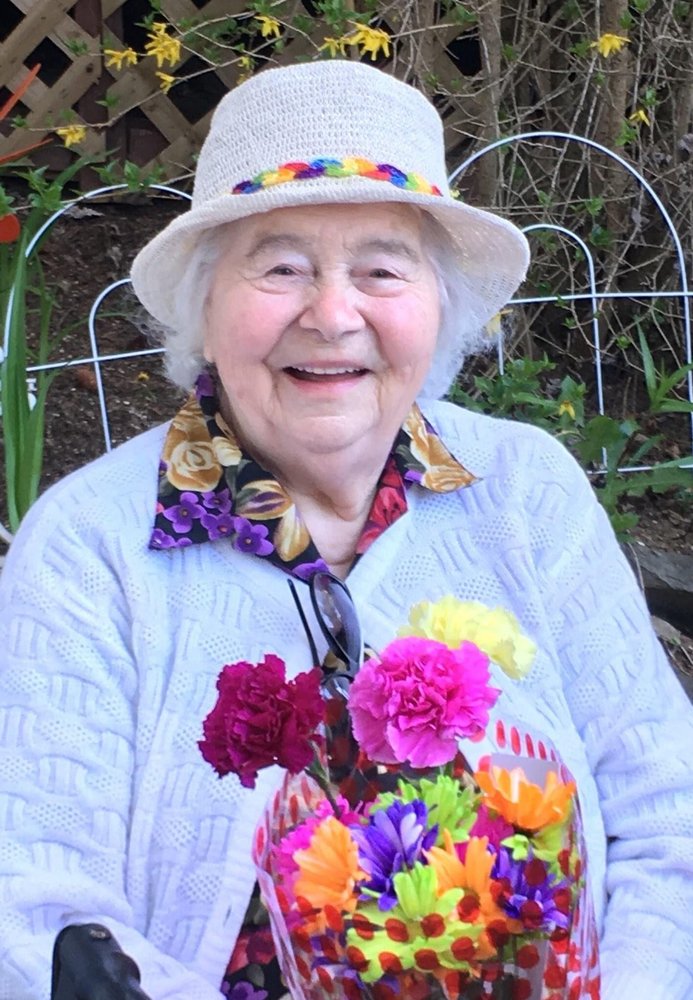 The passing of Sophia Graef of Fredericton, NB, wife of the late Gustav Graef, occurred on March 12, 2021 at Hospice House, Fredericton, NB.  Born on April 11, 1925 in Monsdorf, Romania, she was the daughter of the late Samuel and Sofia (Horrett) Reissner. She was a member of the Overseas Woman's Club, Multicultural Association and Johnson Seniors Center.

To know Sophia was to love her. A woman like no other, with a warm personality and her welcoming nature made it a true joy spending time with her. She had a smile and presence which lit up every room she entered.

She accomplished so much in her lifetime and showed resilience. They arrived in Canada, from Austria, in 1955 where they built their home in Fredericton and their camp at Yoho Lake.

She was the centre of her family and a true blessing to all who knew her. Her family was her life, and the love she felt for her children, her grandchildren and her great-grandchildren shone through in everything she said and did. In her presence you always felt loved.

Her baking and cooking were the best and you never left her house hungry. Her recipes will be carried on by her family for generations to come. Sophia’s talents were endless and everyone in her family will have so many keepsakes to remember her with. Jewelry, crocheting, knitted socks, hats, pillows, and even knitted covers for toilet paper rolls can be found in all our homes. Our Christmas trees are all decked out in homemade ornaments thanks to Sophia’s creativity. Her hands were never idle. And to our joy, our walls will always be filled with her beautiful paintings. Sophia only took up painting later in life, but it did not take long for painting to become a passion. These pictures are a reminder of the beauty she saw all around her.

We will all miss you Mom/Omama and you will live on in our hearts always!!

Due to the current health situation, the Funeral Service by invitation will take place at York Funeral Home’s T. Gordon MacLeod Memorial Chapel on Tuesday, March 16, 2021 at 2 pm with Rev. Paul Thompson officiating. The public are invited to attend via. www.yorkfh.com funeral webcast. Interment will be held in the Douglas Rural Cemetery, at a later date. For those who wish, remembrances may be made to the New Brunswick Heart and Stroke Foundation, Canadian Cancer Society or to a charity of the donor's choice.  Personal condolences may be offered through www.yorkfh.com