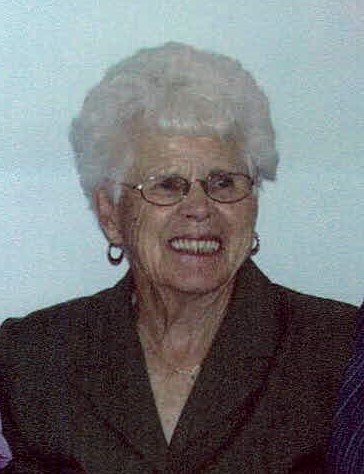 Sadly, we announce the passing of Annie Josephine (Culliton) Walker, wife of the late Alan Walker, occurred on Thursday, March 11, 2021 at Paradise Villa, Fredericton, NB.  Born on May 6, 1925 in Southampton, NB, she was the daughter of the late James and Laura (Ebbit) Culliton.  Annie was a school teacher at Barkers Point School. She was a member of Gibson Memorial United Church. She was an avid golfer, she enjoyed spending time golfing with Alan and her daughter Mary at the Mactaquac Golf Course.

A Memorial Service, by invitation, will take place at Gibson Memorial United Church on Tuesday March 16, 2021 at 2 pm with Rev. Brian MacDonald officiating.  Interment will take place in Dayton Cemetery at a later date.  For those who wish, remembrances may be made to the Gibson Memorial United Church or to a charity of the donor’s choice. Personal condolences may be offered through www.yorkfh.com

Share Your Memory of
Annie
Upload Your Memory View All Memories
Be the first to upload a memory!
Share A Memory
Plant a Tree