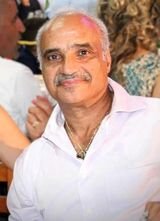 The passing of Jacques Semaan Ajaltouny of Fredericton, NB, beloved husband of Antoinette (Saad) Ajaltouny, occurred on February 20, 2021 at Dr. Everett Chalmers Regional Hospital.  Born on June 20, 1954 in Batroun, Lebanon,  he was the son of the late Linda (Elias) and Semaan Ajaltouny.

Jacques and Antoinette were married on March 6, 1983. He was a loving husband and father.  Jacques was a member of St. Charbel's Maronite Catholic Church.

Along with his wife, Jacques is survived by his son,  André Ajaltouny (Chantel) of Ottawa; daughter, Miray Young (Zackary) of Saint John;  cherished granddaughters, Ameena and Leela;  brothers Hanna, Edouard and twin Sami;  sisters Malaké, Samia and Suzanne; and their families.

Due to the current pandemic, a private Funeral Mass will take place at St. Charbel's Maronite Catholic Church on February 28, at 3:00 pm. Those who wish to honour Jacques may join through the church's webcast on Facebook, https://m.facebook.com/246319822729921.

For those who wish, remembrances may be made to the Canadian Cancer Society or to St. Charbel's Maronite Catholic Church.  Personal condolences may be offered through www.yorkfh.com or by calling Antoinette at 506-452-1849.