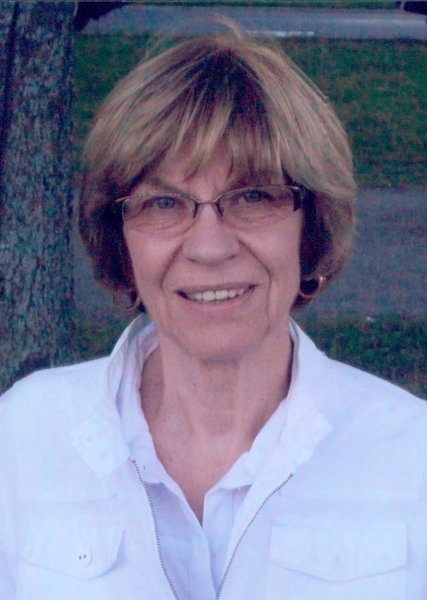 It is with deep sadness the family of Sarah “Sally” Grace (Pierce) Doiron announce her passing at Neill Hall on Wednesday, February 10, 2021.  Born in on April 7, 1940, she was the daughter of the late William “Bill” and Evelyn “Eva” (Edwards) Pierce.

Sally received her elementary school education in , and shortly after moved to   She attended and in . In 1992, after raising her four children, she graduated from UNB with a degree in secondary education.  That same year, she embarked on one of the biggest adventures of her life, teaching high school in Iqaluit, NWT!

Although she was proud of her achievements outside the home, the focus of Sally’s life was her family.  She was the force behind so many of her children’s happiest memories, camping in tents and trailers in Canada and the US; snowmobiling with neighbours; visiting friends and family in far off places, and spending summers at Yoho Lake.  Sally also devoted many hours to knitting beautiful homemade clothing for her children.

Sally appreciated the enduring friendships she made playing in a bridge group for many years.  Her Saturday morning breakfast gang was also an important part of her life.

The family wishes to thank the staff of Brunswick Hall, Neill Hall, and the ’s Duffie Unit for the care and kindness they have given Sally over the past year and half.  We are also grateful to Dr. Cheryl Rushton who provided her with care that went above and beyond the call of her duty for the entire time Sally was her patient.

Sally is survived by her daughters, Lee Anne and Michele (Stephen Robertson) both of  Ottawa, ON and Renee of Fredericton, NB; son, Dan (Elise)  of Vancouver, BC; grandchildren, Ciara, Anya and Graham of Ottawa, ON; sister, Ann Carr of Milton, ON; brother, Fred Pierce of Peterborough, ON; sister-in-law, Therese Doiron of Fredericton, NB.  In addition to her parents; her children’s father, Guy Doiron, she was predeceased by her niece, Lynn Aitken.

Due to the current health concerns, there will be no services by request.  A Celebration of Life will be held at a later date.  For those who wish, memorial tributes may be made to the charity of the donor’s choice.

Share Your Memory of
Sarah
Upload Your Memory View All Memories
Be the first to upload a memory!
Share A Memory
Plant a Tree