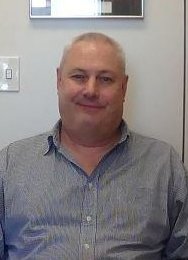 It is with great sadness that the family of Derrick Ivan Briggs announce his passing on February 1, 2021 at The Dr, .

Derrick was born in , ; Derrick had moved up North to , NWT to play in a band called Jellyroll in 1980 as a bass player. I would like to thank Jim & Lily Lawrence for bringing us together; also to Danny Thomas for talking Derrick into going up North to play in the band. Upon arrival, that is when we met, He was the most caring, honest man that I have ever met. He always worked for the people in his jobs. He then went on to work with NTCL, Barging Co and later moved on to be The Director, Marine Transportation Services Infrastructure. Derrick & his team received the Premiers Award for Excellence from The Gov. of NWT in 2018.

Derricks request was to be cremated and spread his ashes here in Due to COVID our son Andrew Briggs is unable to come to at this time. We will be spreading his ashes this summer followed by a Celebration of Life afterwards at our home. Family & Friends will be advised when.

For those who wish Memorial Tributes can be made to Charity for Cancer. Personal condolences may be offered through www.yorkfh.com