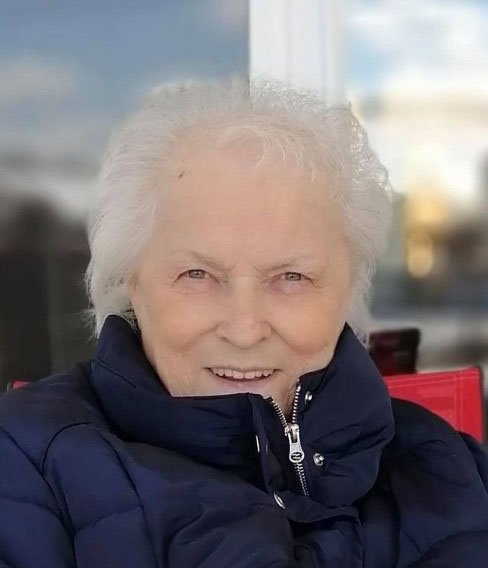 The passing of Carol Anne Winzar of Bathurst, NB, wife of the late Anthony “Tony” Winzar occurred on Wednesday, January 27, 2021 at the Chaleur Regional Hospital, Bathurst, NB.  Born on July 25, 1945 in Woodstock, NB, she was a daughter of the late Donald and Cora (Schriver) Wilcox.

Mom’s beautiful, bright blue eyes and infectious laugh/giggle will be fondly remembered.  Those blue eyes and gentle grin would always get bigger and brighter anytime an invitation for barbequed steak and potatoes came her way!  Her greatest happiness though, came from her grandchildren, whose names were always preceded with “sweet little” no matter how old or big they grew.  She was so proud of them all!

We would like to thank everyone at Residence Vienneau, Bathurst, NB for their wonderful care of Mom and are so thankful for the friends and the hundreds of knitted dish clothes she made while there.

Arrangements have been entrusted to the loving care of York Funeral Home.  Due to current restrictions, a Memorial Service will be held at a later date with interment in Sunny Bank Cemetery.  For those who wish, remembrances may be made to the Canadian Cancer Society or the Multiple Sclerosis Society.  Personal condolences may be offered through www.yorkfh.com.