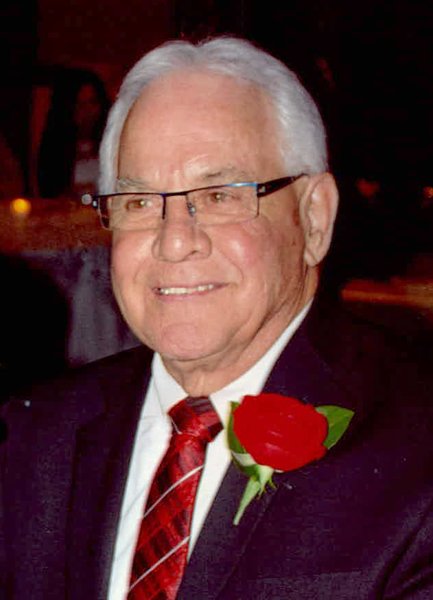 The passing of Pierre Turmel of Fredericton, NB, husband of Ethel  (MacLellan) Turmel, occurred on Monday, January 11, 2021 in Fredericton, NB.  Born on January 27, 1937 in Levis, QC,  he was the son of the late Dr. Hermenegilde and Marguerite (Fleury) Turmel.

Pierre played competitive hockey and baseball in his early adulthood, and always was a "team player" leading by example insisting on complete effort and personal integrity all his life. His motto, which he passed on to athletes and coaches that he came in contact with was "Be the Best you can Be." He earned several professional awards throughout his career.

He worked for nine years for the Royal Bank of Canada in several centres in Quebec, New Brunswick and Ontario. He later joined the Canadian Amateur Hockey Association (Hockey Canada) as a Director of Administration in the newly created national office, first in Winnipeg in 1967 and later in Ottawa. In 1976 he became the first Hockey Commissioner in New Brunswick and three years later he joined the Provincial government as a sports consultant being involved among other things with the Canada Games and National Coaching Certification program. He took an early retirement in 1997 and he accepted the challenge of opening the Centre for Coaching Education (Coach NB) which he managed for five years.

Pierre was a Past President of the Capital Winter Club and the Monsignor Boyd Family Center and was involved in many community projects. He served on several national and provincial committees. Pierre also enjoyed curling and golf where he met many wonderful lifelong friends.

A Family Celebration will be held at St. Dunstan's Roman Catholic Church at a later date, followed by the Interment  in Hermitage Cemetery.  In lieu of flowers remembrances may be made to the Chalmers Hospital Foundation, Kids Sports Funds at Sport New Brunswick, Fredericton Food Bank or the charity of the donor’s choice. Personal condolences may be offered through www.yorkfh.com