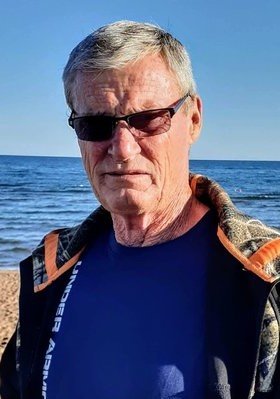 The passing of Kenneth "Kenny" Ivan Dillon of Greenhill Lake, NB, husband of Marilyn (Estey) Dillon, occurred on Thursday, January 7, 2021 at the Dr. Everett Chalmers Regional Hospital.  Born on June 3, 1955 he was a son of the late Andrew and Mary (Morehouse) Dillon.  Kenny was a licensed carpenter by trade for many years. He was an avid hunter who enjoyed every minute spent in the outdoors, he also enjoyed fishing and spending time with family and friends. Family was always first.

Besides his parents, Kenny was predeceased by his nephew, Terry Dillon; brothers in law, Danny Jones and Richard Brewer; father and mother in law, Merle and Diana Estey.

In keeping with Kenny's wishes there will be no visitation or service.  For those who wish, donations may be made to the Heart and Stroke Foundation of New Brunswick or to become a member of the CCFR.  Personal condolences may be offered through www.yorkfh.com

Share Your Memory of
Kenny
Upload Your Memory View All Memories
Be the first to upload a memory!
Share A Memory
Plant a Tree