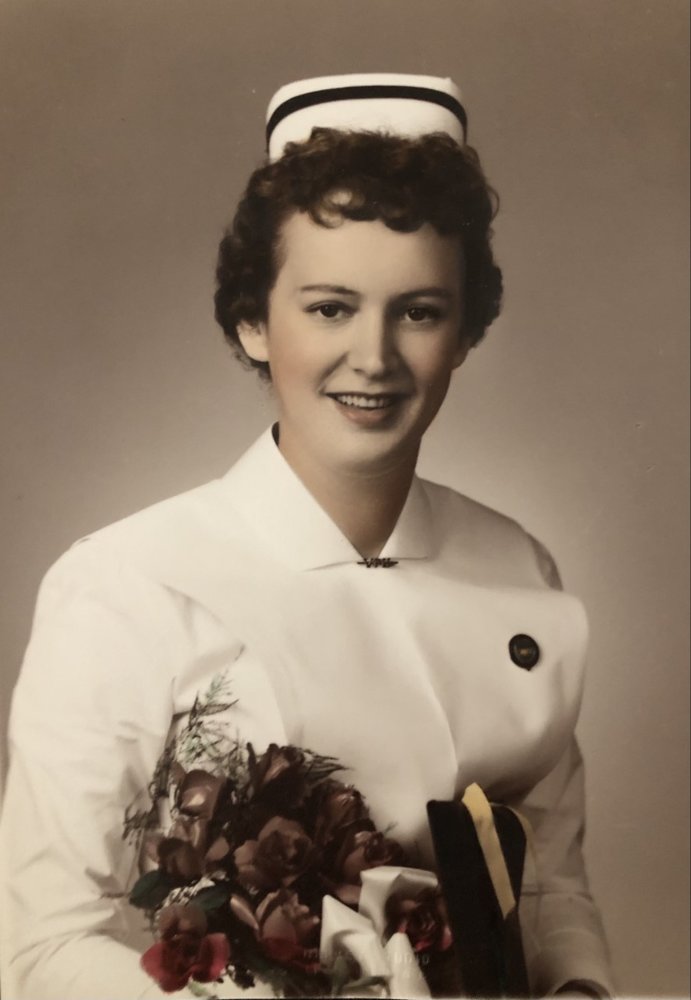 The passing of Rhona Jane Campbell of Fredericton, NB, wife of the late Orville Campbell, occurred on Sunday, December 6, 2020 at the Dr. Everett Chalmers Regional Hospital.  Born on November 11, 1936 in Upper Caverhill, NB, she was the daughter of the late Charles and Irma (Brawn) McKay.

Rhona graduated from the Victoria Public Hospital School of Nursing in 1959 where she trained with two fellow students who would end up being her sisters in law, Janet Campbell Black and Marjorie Bamford Campbell. Rhona was a kind and compassionate soul and a career in nursing suited her perfectly.

She loved to travel and some of her excursions included a trip to England and Wales in 1990 with her Aunt Ruby and sister Frances, a family trip to Europe in 1999 to visit Doug, and a trip to Cali, Colombia for Doug and Marcela’s wedding in 2000.

She was a loving and supportive mother and grandmother and will be sadly missed by her entire family.

Besides her husband, of 59 years, who just passed away on November 30, Rhona was predeceased by her sister, Irene Barlow.

Due to the current health situation, a Funeral Service by invitation only will take place at York Funeral Home's T. Gordon MacLeod Memorial Chapel on Thursday, December 10, 2020 at 2 pm with Pastor Chris Bennett officiating. The public are invited to attend via. www.yorkfh.com funeral webcast.  Interment will take place in Dayton Cemetery, Fredericton, NB.  Thanks to everyone at York Care, their care is greatly appreciated. Thanks also to sisters Marlene and Frances who have helped Rhona greatly these past few years.

For those who wish, remembrances may be made to a charity of the donor's choice.  Personal condolences may be offered through www.yorkfh.com