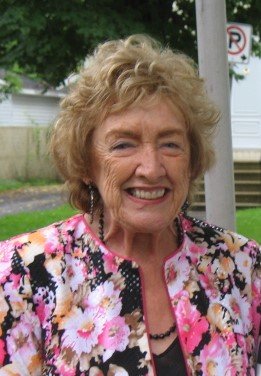 The passing of Dorothy (Walker) Crabbe of Fredericton, NB, occurred on December 5, 2020.  Born on November 27, 1925 in South Tilley, NB, she was the daughter of the late Thomas Walker and late Muriel (Brooks) Walker – Giberson.  Dorothy grew up on the family farm in South Tilley later moving to Perth-Andover where she happily lived most of her life amongst many friends and family that were very close and dear to her. She spent the later years of life in Fredericton allowing her to be closer to her growing families that were the love of her life.

Due to the current health situation, the Funeral Service by invitation will take place at York Funeral Home’s T. Gordon MacLeod Memorial Chapel on Wednesday, December 9, 2020 at 11 am with Pastor Chris Walker officiating. The public are invited to attend via. www.yorkfh.com funeral webcast. Interment will take place in Perth-Andover, NB. In lieu of flowers, remembrances may be made to the York Foundation (Hawkins House) or a charity of donor’s choice. Personal condolences may be offered through www.yorkfh.com

Share Your Memory of
Dorothy
Upload Your Memory View All Memories
Be the first to upload a memory!
Share A Memory
Plant a Tree