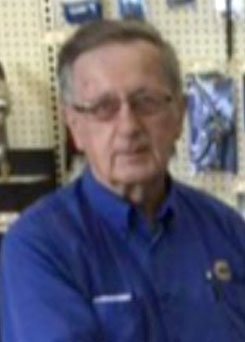 The passing of Larry Albert Landry of Fredericton, NB, husband of Edith (Grant) Landry, occurred on Wednesday, November 18, 2020 at Dr. Everett Chalmers Regional Hospital.  Born on May 31, 1940 in Fredericton, NB, he was the son of the late Albert and Patricia (Saunders) Landry.  Larry worked with NAPA Auto Parts for several years.

Due to the current health situation, there will be no services by request. In lieu of flowers, remembrances made to the charity of the donor’s choice.  Personal condolences may be offered through www.yorkfh.com

Share Your Memory of
Larry
Upload Your Memory View All Memories
Be the first to upload a memory!
Share A Memory
Plant a Tree