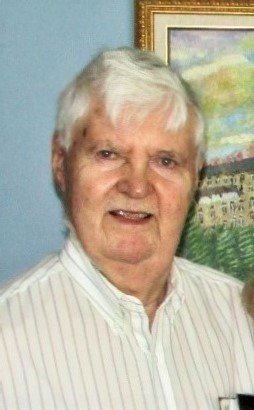 The passing of Jerzy Aleksander Lompierz of Fredericton, NB, husband of the late Rosemary (Bohan) Lompierz occurred on Wednesday, November 18, 2020 at the Dr. Everett Chalmers Regional Hospital. Born on January 9, 1929 in Warsaw, Poland, he was the son of the late Mateusz and Franciszka (Lewandowska) Lompierz. Jerzy retired from General Motors of Canada in Oshawa, ON in 1982. He was a member of Our Lady of Fatima Roman Catholic Church.

Jerzy is survived by several nieces, nephews, great nieces and great nephews. In addition to his parents and wife, he was predeceased by his brother and sister-in-law, Jan and Irena Lompierz.

A Funeral Mass will be celebrated Monday, November 23, 2020 at 10:30 am at Our Lady of Fatima Church. Celebrant will be Rev. Dr. Michael McGowan. Interment will take place following the Funeral Mass in St. Anthony’s Cemetery. For those who wish, remembrances may be made to the charity of the donor’s choice. Personal condolences may be offered through www.yorkfh.com