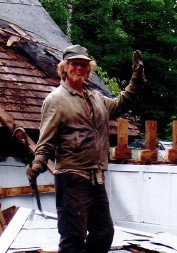 The passing of Frederick Arthur Moran of Zionville, NB, occurred on Thursday, November 5, 2020 at home.  Born on August 30, 1951, Fred was the son of the late Arthur and Eldora “Dolly” (Woodcock) Moran. Fred work for many years as a thinner for JD Irving. He enjoyed spending time outdoors.

Fred is survived by his brothers, Carl (Juliette), Roger, Gary (Theresa), Bev (Christina); sister, Brenda McKiel (Frank); several nieces and nephews. Besides his parents, he was predeceased by his infant brothers James and John; brothers, Ronald and Melvin Moran.

Although there will be no visitation or service at this time; an interment will take place at the at a later date. For those who wish, remembrances may be made to the Zionville Community Cemetery or to the New Brunswick SPCA.  Personal condolences may be offered through www.yorkfh.com

Share Your Memory of
Frederick
Upload Your Memory View All Memories
Be the first to upload a memory!
Share A Memory
Plant a Tree