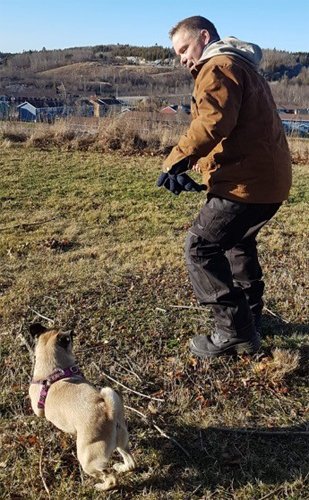 The family are saddened to announce the passing of Joseph Edward Hayes of Saint John, NB, significant other of Nikki LeBlanc, occurred on Thursday, October 28, 2020 at home.  Born on May 15, 1977 in Fredericton, NB,  he was born to Gerald Hayes (Sherri Ladds) and Mary (Wallace) Hayes (Leonard Hughes). Joseph had many trades but most recently renovations.

Visitation will take place at York Funeral Home, 302 Brookside Drive, Fredericton on Wednesday, November 4, 2020 from 3-6 pm.  Due to the ongoing health issues the Funeral Service by invitation will take place at York Funeral Home's T. Gordon MacLeod Memorial Chapel, 302 Brookside Drive, Fredericton, NB on Thursday, November 5, 2020 at 11 am with Father Monte Peters and Pastor Gordon Mowry officiating.  The service will be Webcast at www.yorkfh.com.  Pallbearers for the service will be Clint Fullarton, Danny Fullarton, Chrissy Fullarton, Timmy Fullarton, Amanda Beney and Mitch O'Donnell.  Interment will take place in St. Patrick's Roman Catholic Cemetery, Stanley, NB. For those who wish, remembrances may be made to Fredericton SPCA or the Capital Region Mental and Addiction Association.  Personal condolences may be offered through www.yorkfh.com