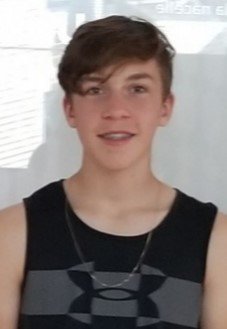 The unexpected passing of Jordan Stanley Brewer of Williamsburg, NB occurred on Friday, September 18, 2020. Born on May 27, 2005 in , he was the son of Jeremy and Jeannine (Duguay) Brewer.

was happiest when he was in the outdoors. He enjoyed hunting, fishing, biking, snowmobiling, skiing, riding horses, working on the farm, and playing his XBox. He had a passion for riding his dirt bike that he was very proud of. also loved to hangout with his friends, Andrew, Reece, Marshall, Daisha, Claire, and many others who adored him.

Visitation will take place at York Funeral Home, 302 Brookside Drive, Fredericton, NB on Wednesday, September 23, 2020 from 2-4 and 7-9 pm with social distancing practices in place. A Memorial Service by invitation only will take place from York Funeral Home’s T. Gordon MacLeod’s Memorial Chapel on Thursday, September 24, 2020 at 11 am with Father Maria Arokiam-Chinnappan officiating. The public is invited to view live through the Funeral Home's website. Interment will take place in St. Patrick’s Cemetery, . For those who wish, remembrances may be made to the SPCA. Personal condolences may be offered through www.yorkfh.com