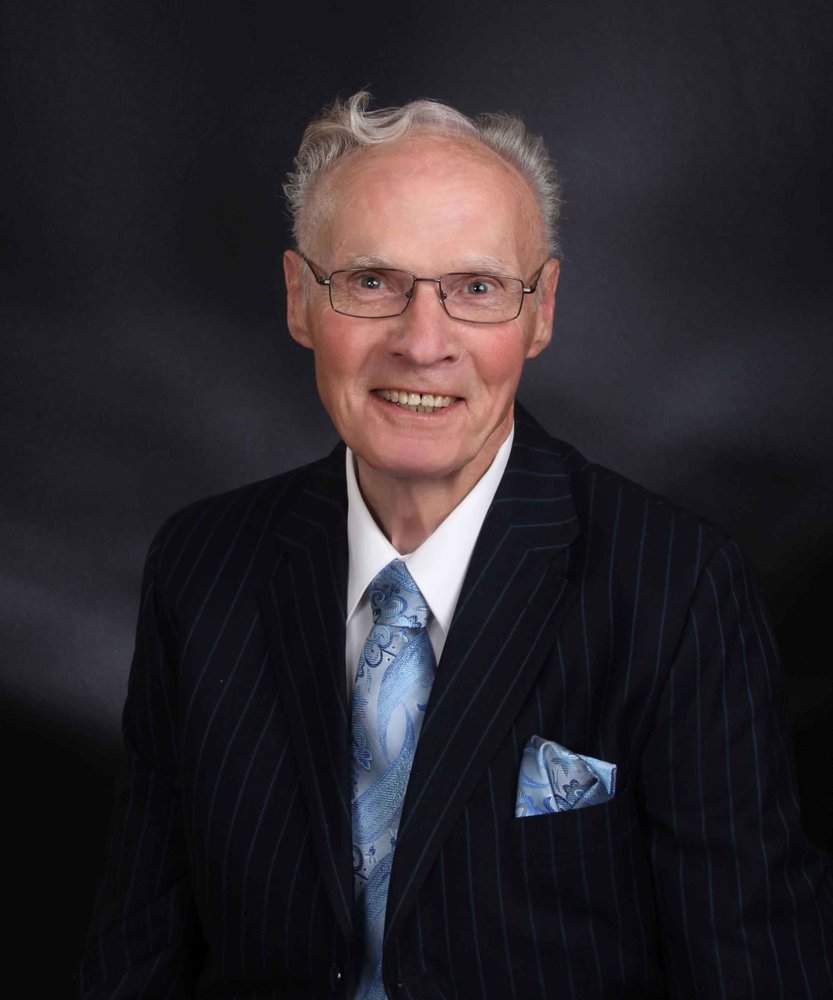 Raymond Francis Woodward completed his earthly journey in the early morning hours of September 12, 2020, with his beloved wife Vera at his side. Born on September 21, 1936 in Lower Southampton, NB, he was a son of the late Frank Woodward and Hilda (Parent) Woodward. His dear uncle, Bishop Leonard Parent, taught him the Bible during his teenage years, and Raymond became a Christian and never looked back.

Raymond graduated from Southampton Regional High School in 1954. A year later, after completing his teaching certificate, he returned to his Alma Mater as a teacher. He transferred to Fredericton in 1959 to become a Physics teacher at Fredericton High School on George Street. On August 19, 1961, Raymond married Vera Bragdon from Temperance Vale, NB and they began a beautiful life together. In 1964, he assumed the position of Principal at Queen Street High School. In 1971, when the two city high schools amalgamated, Raymond assumed the position of Vice Principal. In 1983, he became Principal of Fredericton High School, a position he held until he retired from the field of education in 1993. He established many wonderful lifelong relationships with his students and the teachers he worked with.

Raymond was a devoted husband to Vera; a loving father to two sons, Raymond (Beverley) and Glendon, and a daughter, Natalie (Jonathan) Ramirez; a proud grandfather to Emily (Ryan) Hennessey, Matthew (Katricia), Dylan and Dawson; and a doting great-grandfather to Clara, Rosalie, Annalie and Elaina. He cherished being “Grampie” to each of them. He is also survived by a brother, Roland, and a sister, Avis (Gary) Cliff, along with their families. Raymond often expressed thanks for his family and his church family, and for the blessings of God on his life.

For the past 35 years, it was Raymond’s great joy to serve the congregation of Capital Community Church in the role of Secretary-Treasurer. Through that work, his circle of friends grew far beyond the borders of Fredericton to include many ministers and missionaries who enriched his life. He was fiercely loyal to his pastors and his church family, possessing a wise voice of counsel, a steady hand in times of crisis, a compassionate heart, an encouraging smile, and a deep gratitude to see the advancement of the church over the years. He was a cheerful presence in the sanctuary, the foyer, and the church office, where he worked side-by-side with his dear friend Eric Porter. Many people received a kind word or an encouraging note from him at just the right time. He never sought the spotlight, but he was an unwavering support behind the scenes, and he will be dearly missed by the staff and congregation.

Visitation will be held at Capital Community Church (71 Downing Street) on Monday, September 14 from 2:00 – 4:00 and 6:00 – 8:00. A memorial service will be held on Tuesday, September 15 at 2:00, with his pastors, Jack Leaman and Raymond A. Woodward, officiating. It will be broadcast online at CapitalCommunity.tv and on the church Facebook page for those unable to attend. A private family burial will follow the service at Douglas Rural Cemetery on Wilkins Avenue. Donations in Raymond’s memory may be made to “CCC Missions.”

Raymond Francis Woodward leaves behind a legacy of love, a multitude of friends, and three generations who follow in his faithful footsteps.  Personal condolences may be offered through www.yorkfh.com

Share Your Memory of
Raymond
Upload Your Memory View All Memories
Be the first to upload a memory!
Share A Memory
Plant a Tree