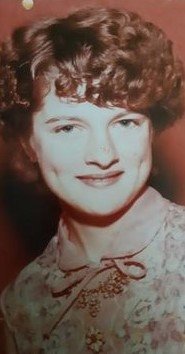 Yolande “Linda” Marie Duguay passed away on Tuesday, August 4, 2020 at her home in Stanley. She was born November 7, 1944 and was the daughter of the late Louis and Isabella Duguay. Besides her parents, she was predeceased by her siblings, Gerald Duguay, Rheal Duguay, Charles Duguay, Rita McKay and stepson, Jeff Harrington.

Arrangements have been trusted to York Funeral Home, Fredericton and The Britton Funeral Home, Hartland. A Private Memorial Service will be held at York Funeral Home’s T. Gordon MacLeod Memorial Chapel, 302 Brookside Drive, Fredericton on Monday, August 10, 2020 at 2 pm with Rev. Canon Bonita LeBlanc officiating. Due to COVID-19 Restrictions, the public is invited to view through our website at www.yorkfh.com Interment will be in Nashwaak Bridge Cemetery. The family would like to offer a special thanks to care worker Mica Brown, the Stanley Outreach workers, Extra Mural nurses, and the residing doctors at the Stanley Clinic for their exceptional care. For those who wish, remembrances can be made to the Canadian Parkinson’s Foundation and would be appreciated by the family. Personal condolences may be offered through www.yorkfh.com