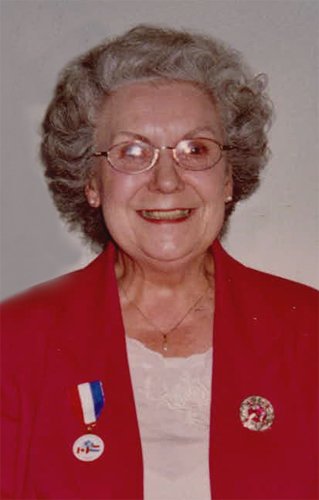 The passing of Robina Smith Stewart of Fredericton, NB, wife of the late Cyril “Sid” Stewart occurred on Tuesday, July 21, 2020 at York Care Centre.  Born on June 25, 1925 in , she was the daughter of the late William and Robina (Smith) Pinkerton.  Robina was a War Bride.

Robina is survived by her son, Ralph Stewart (Shellie) of ; grandsons, Kyle and Blake.  In addition to her parents and husband, Robina was predeceased by her son, Bill Stewart, and her brothers and sisters.

The family of Robina would like to say thank you for the wonderful care that she received at York Care Centre.

There will be a Family Graveside Service in at a later date. For those who wish, remembrances may be made to the charity of the donor’s choice.  Personal condolences may be offered through www.yorkfh.com

Share Your Memory of
Robina
Upload Your Memory View All Memories
Be the first to upload a memory!
Share A Memory
Plant a Tree