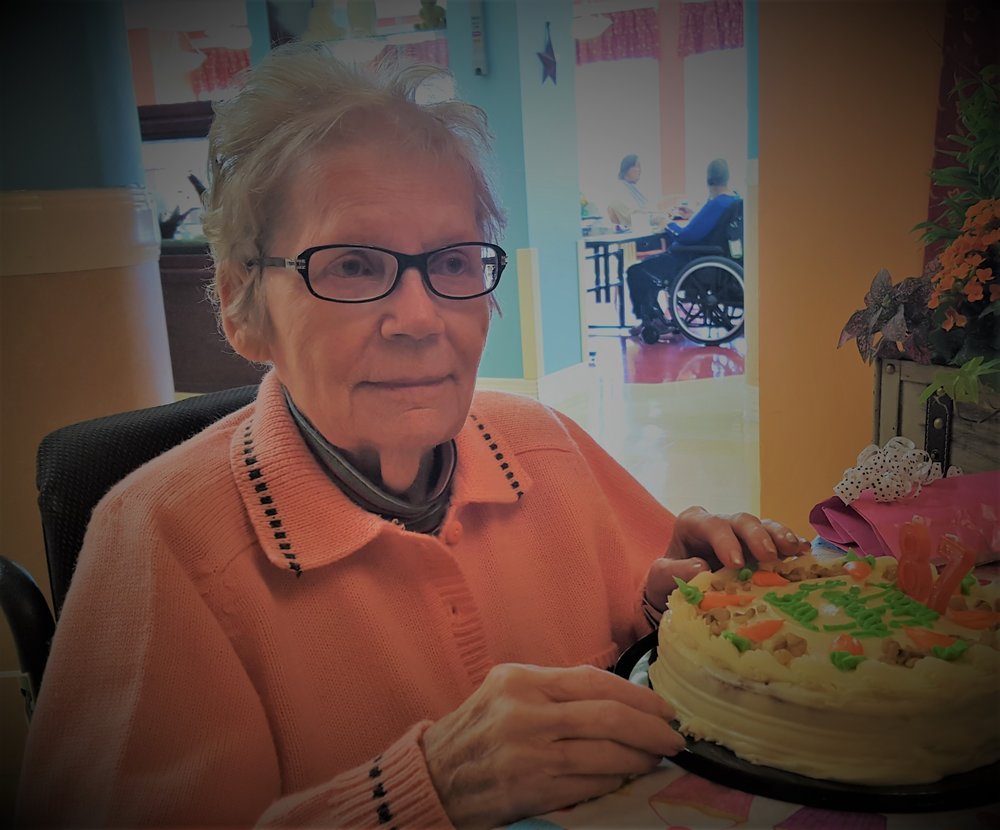 It is with heavy hearts that we announce the passing of Mrs. Bea Faulds (LaPointe) at the age of 91, who took her last breath at York Manor in Fredericton N.B on July 17, 2020. Born in Nash Creek, N.B., Bea lived a full life, and raised a family of 10 kids in Noranda, Quebec, where most were born, returning to Fredericton N.B. after 25 years, where the younger ones matured. Bea was pre-deceased by her husband Wilson and her daughter Penny.  Her passing is being mourned by her lovingly loyal big sister, Vetta, her surviving 9 children and partners, Don, Randy (Debbie), June (Tom), Jean (Terry), Terry, Mark, Billy (Deb), Bobby and Diane (Preston), as well as 11 grandchildren, 10 great grandkids, and numerous nieces, nephews, cousins and friends.

Beatrice (she didn’t like the long form of her name, sorry mom, I think it’s regal) was born to be a loving mother, and, after raising her own children, she continued to nurture and support her second and third generation offspring. Her final five years were lived at York Manor where she soon became a darling of the staff. Her ever faithful son Mark remained by her side all through her final years and was a daily visitor to the care home, often sharing his baked goods with our New Family. Bea was a phenomenal cook and home maker, so Mark comes by his skills honestly. Hand making and baking 15-20 loaves of bread at a time was a piece of cake for young mother Bea.

Our Matriarch will be sorely missed and fondly remembered for her strength, determination and giving nature. Her self-sufficiency (from rags to very modest riches) carried her a long way, and she encouraged this in others, but she was always there for anyone less fortunate or capable. She has surely reserved a place for herself by Wilson’s side in the Heavenly hereafter. Thank you for being you. We were blessed to have you in our lives Queen Bea.

Share Your Memory of
Marie "Bea"
Upload Your Memory View All Memories
Be the first to upload a memory!
Share A Memory
Plant a Tree