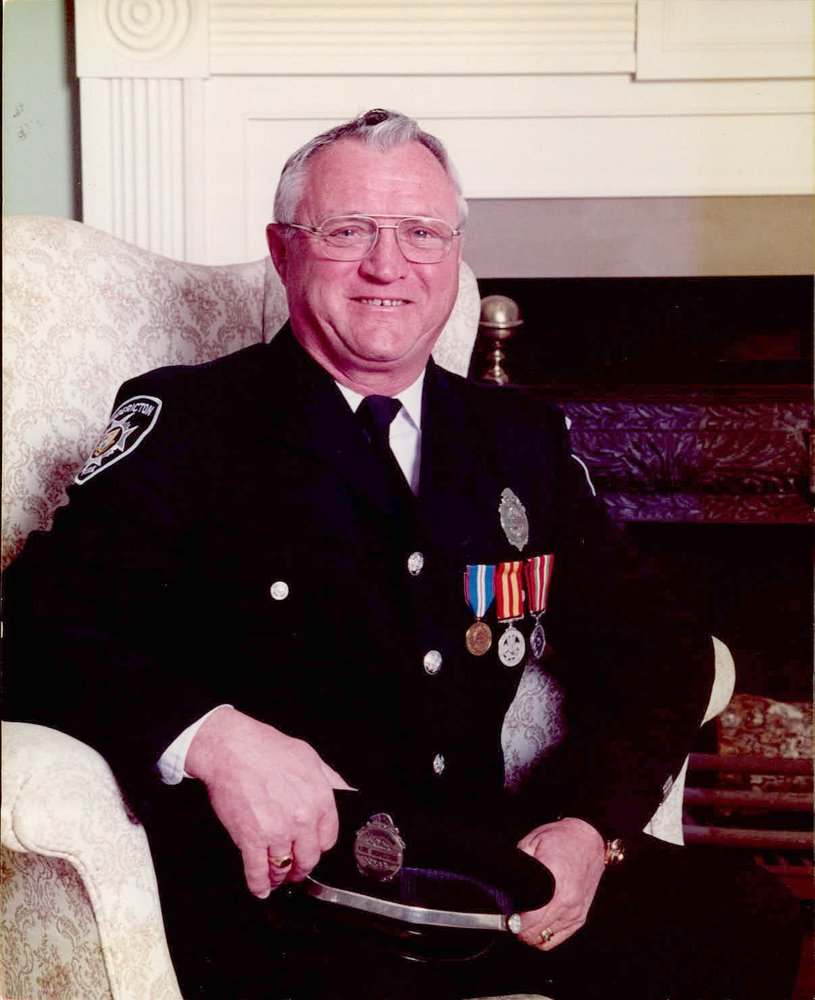 It is with heavy hearts that the family announces the passing of Richard H. “Dick” Arnold of , , formerly of Marysville, husband of Cheryl () which occurred on Monday, July 13, 2020 at the Dr. Everett Chalmers Regional Hospital.  Born in Fredericton NB, he was the son of the late John H. and Constance Arnold.

He was a firefighter promoted to fire prevention officer/investigator and a member of the New Brunswick Association of Fire Prevention Officers where he held the position of Secretary Treasurer for many years; he was also a member of Local 1053 Fredericton Firefighters Association. He was a life member and Past President of the Marysville Legion Branch #15.

In addition to his wife, Cheryl; Richard will be missed by his children, Elizabeth (Patrick), Tony (Crystal) and Sheri (Shawn); grandchildren, Kerri (Wes), Kelli (Andrew), Alex and Jason; great grandchildren, Madison, Eloise and Victoria; brothers, Doug (Diane) and Glen (Lorna); sister-in-law, Carol, several nieces and nephews; many in-laws who will miss him deeply. Besides his parents, he was predeceased by his brother, Fred; sisters, Linda and Shirley; as well as his children, Robert and Tammy and his grandson, Michael.

The family would like to thank the staff of the Palliative Care Unit, Extra Mural (Thank you Derek) and the Boiestown Clinic and Ambulance Service for all for their excellent care. A special Thank You to Edna Carson.

A public visitation will take place at York Funeral Home, 302 Brookside Drive on Thursday, July 16, 2020 from 6-9 pm.  Due to the current health situation, the Funeral Service by invitation will take place at York Funeral Home’s T. Gordon MacLeod Memorial Chapel on Friday, July 17, 2020 at 2 pm with Rev. Paul Thompson officiating. The public are invited to attend via. www.yorkfh.com funeral webcast. Interment will take place in Alexander Gibson Memorial Cemetery.   In lieu of flowers the family asks for donations to Hospice Fredericton. Personal condolences may be offered through www.yorkfh.com

Share Your Memory of
Richard
Upload Your Memory View All Memories
Be the first to upload a memory!
Share A Memory
Plant a Tree