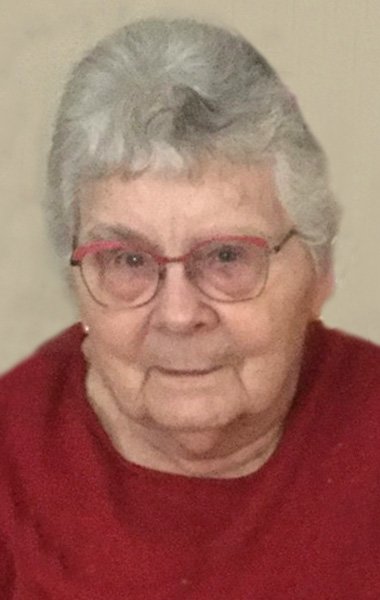 It is with heavy hearts that the family announces the passing of Shirley Elizabeth Logan on Tuesday, July 14th, 2020 at the Dr. Everett Chalmers Regional Hospital at the age of 79 after a brief illness.  Born on April 19, 1941 in Deer Island, NB, she was the daughter of the late Vernon and Pearl (Call) Calder.

She worked for the provincial government for almost 20 years; the majority of her career was with the Department of Agriculture.  She was affiliated with the Church of Christ and was a member of the Women’s Institute.

She was a woman who dealt with adversity her whole life.  After being diagnosed with polio at the age of 15 and spending a year in an iron lung she learned to walk again after being told she wouldn’t.  She graduated from high school, went to college, married, had two children and worked full time.  In later years she had to start using a wheelchair but she adapted.  She battled breast cancer twice and then contracted dermatomyositis and was told she would probably have to go to a home but she persevered and learned how to do things differently.  She returned to her apartment with the help of a homemaker a few mornings a week and lived there happily for another eight years.

She liked reading and doing crossword puzzles.  She enjoyed baking and liked giving it away to family and friends.  She liked watching television and taped the two local news shows every night so she could watch both of them.  She loved Hallmark movies and would watch one almost every day.  She looked forward to her weekly outings to the Coop where she would regularly buy herself a bouquet of carnations.  She loved her apartment building and enjoyed the coffee hour on Tuesday mornings, TV bingo with some of the ladies on Wednesday nights and the monthly pot luck suppers.

She was the wife of the late George A Logan.  She is survived by her daughter, Lisa Gallant (Michael) of Riverview, NB and her son, Ritchie Logan (Irene) of Fredericton, NB; sisters, Gloria Richardson (Wayne) of Deer Island, NB and Mary Hickox (Donald) of Charlottetown, PEI; two step grandchildren and five step great grandchildren as well as several nieces and nephews.

The family wishes to thank her homemaker, Judy Jones, for her care over the last seven years.

Visitation will take place at York Funeral Home’s T. Gordon MacLeod Memorial Chapel on Monday, July 20th, 2020 from 11 am to 1 pm followed by a private memorial service at 2 pm with Rev. Paul Thompson officiating.  For those who wish remembrances may be made to the New Brunswick Heart and Stroke Foundation, Canadian Diabetes Association or the Fredericton SPCA.  Personal condolences may be offered through www.yorkfh.com