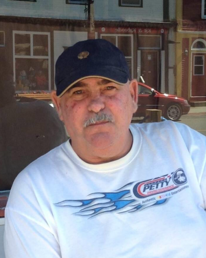 The passing of George R. Woodworth of , occurred on Saturday, July 11, 2020 at Hospice Fredericton.  Born on October 25, 1950 in , he was the son of the late George and Wanda (Derrick) Woodworth.  George was retired from Canada Post. He enjoyed hunting, fishing, playing hockey and watching the Montreal Canadiens. George was involved with the Boys Scouts of Canada and Big Brothers and Big Sisters.

In keeping with George’s wishes there will be no services. In lieu of flowers, remembrances may be made to the New Brunswick Kidney Foundation, Fredericton SPCA or to the Canadian Diabetes Association.  Personal condolences may be offered through www.yorkfh.com

Share Your Memory of
George
Upload Your Memory View All Memories
Be the first to upload a memory!
Share A Memory
Plant a Tree