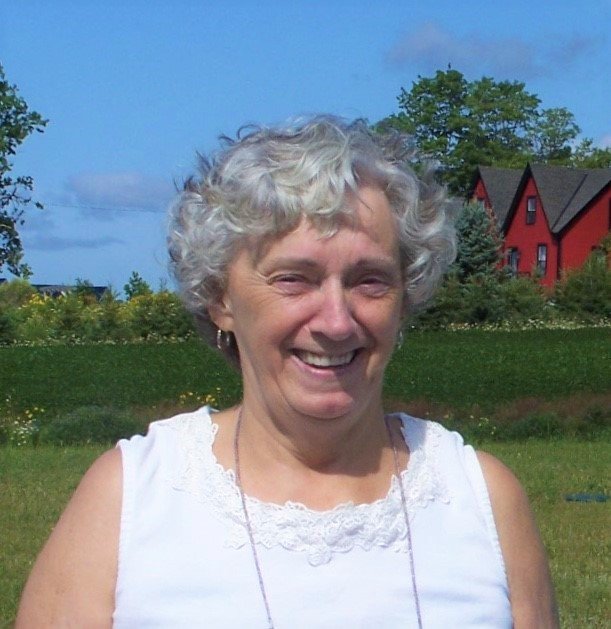 The passing of Marion Agnes Somerville of , occurred on May 29, 2020 at Dr. Everett Chalmers Regional Hospital. After a long and courageous battle with an incurable lung disease has gone to rest for eternity with her beloved Oliver. Born on December 1, 1954 in , she was the daughter of the late Reginald and Edna (Underhill) Dunnett.  was always making jokes and even though her sense of humour could sometimes be a little dark it was just right coming from her. She held onto that humour throughout her illness and it helped her and those around her cope. She lived life on her terms and lived it to the fullest. Her love of travel was evident in later years as she explored , the and even . had a passion for photography and was gone almost every weekend searching out covered bridges and waterfalls. Summer months would also find her and her son Matt tending to the camp in Zionville. Many of her favourite weekends involved trips and shopping with her granddaughters Saleen and Shelbey. There were also special times had with her granddaughters Aria and Dayla who live in . She touched many lives and will be dearly missed by everyone that knew her.

Besides her husband and parents, was predeceased by her sister, Esther Dunnett; and two nephews.

Arrangements have been entrusted to York Funeral Home, Due to current COVID-19 restrictions, a Celebration of Life will be planned at a later date. A Private Graveside Service will be held in . Special thank you to Sheila and all of the other nurses in 4SE as well as the team in palliative care. Also, thank you to Alden for making sure Matt was able to be there almost every night for 7 months. Remembrances may be made to the SPCA or a charity of the donor's choice. Personal condolences may be offered through www.yorkfh.com

Share Your Memory of
Marion
Upload Your Memory View All Memories
Be the first to upload a memory!
Share A Memory
Plant a Tree