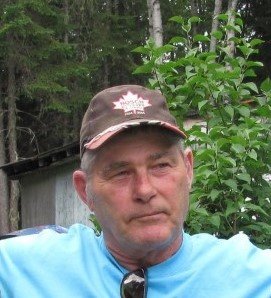 The passing of John "Jack" Hubert Boyce of Nashwaak Villa, Stanley, NB, occurred on Friday, May 8, 2020 at the Dr. Everett Chalmers Regional Hospital.  Born on July 31, 1945 in Napadogan, NB, he was the son of the late Thomas Hubert and Marjorie (Spilman) Boyce.  Jack enjoyed fishing, hunting and spending time at the camp at Half Moon on the Miramichi River.

Jack is survived by his siblings, Bill Boyce (Vivian) of Sherwood Park, AB and Barbara Davies (Leslie) of Ward Settlement, NB; his children; grandchildren; several nieces and nephews.  Besides his parents, Jack was predeceased by his  half brother, Norman Spilman.

In keeping with Jack's wishes there will be no visitation or service.  For those who wish, remembrances may be made to the Nashwaak Villa or to a charity of the donor's choice.  Family would like to thank the doctors, nurses and staff for their care and compassion shown to Jack during his time at the Nashwaak Villa.  Personal condolences may be offered through www.yorkfh.com

Share Your Memory of
"Jack"
Upload Your Memory View All Memories
Be the first to upload a memory!
Share A Memory
Plant a Tree