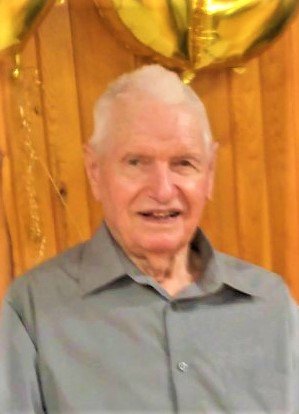 The death of Harold Lloyd Smith of Taxis River, NB, occurred at home on May 1, 2020. Harold was born August 31, 1928 in Boiestown, NB. In addition to his parents, Royal and Amber (Fairley) Smith, Harold was predeceased by his wife Evelyn in 2009; his only sibling, Margaret Sutherland (Walter) in 2001; brothers-in-law, Norris and Bernard Spencer; a niece, Lynda Coughlan (Robert); a nephew, Richard Spencer; an infant niece, Wendy Spencer; and a nephew, Bernie B Spencer.

Harold was a mechanic by trade and retired from Ashley Colter Ltd. in 1993. He was a member of the United Church of Canada. He was, for many years, a member of the St. John Ambulance as a driver and attendant. He also used his skills to maintain the ambulance.

Arrangements are entrusted to the care of York Funeral Home’s Miramichi Valley Chapel. Due to COVID-19 restrictions, there will be no visitation or service at this time. A private committal service will be at the Parker Ridge Community Cemetery with Rev. Yvette Swan officiating.

The family extends our heartfelt gratitude to Dr. Tanya Wood and the many nurses of the Extra Mural Program, especially Derek and Sherry who cared for Dad and helped him realize his wish to remain at home. Donations to the Canadian Cancer Society, the Taymouth United Church (CanadaHelps.Org) or the Parker Ridge Community Cemetery are welcomed by the family. Personal condolences may be offered through www.yorkfh.com

Share Your Memory of
Harold
Upload Your Memory View All Memories
Be the first to upload a memory!
Share A Memory
Plant a Tree