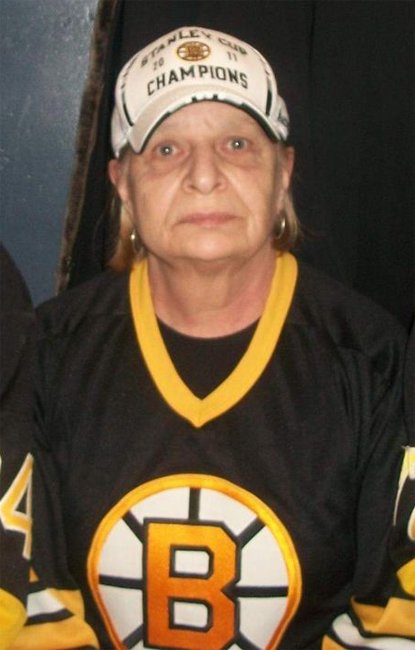 The passing of Marie Ubsdell of occurred on Sunday, March 22, 2020 at Fredericton Hospice House.  Born on March 29, 1944 in , she was the daughter of the late Claude and Frederica (Estey) Hanson.  Marie had several loves in life; Her Boston Bruins & New England Patriots, Nascar, Country Music and Dogs, especially her German Shepherd "Gabbi". Most importantly though was her Love for her Family. She was an amazing Mum and "Nanny".

A Memorial Service will be announced at a later date.  For those who wish, remembrances may be made to Hospice Fredericton or the Fredericton SPCA.  Personal condolences may be offered through www.yorkfh.com

Services for Marie Ubsdell
There are no events scheduled. You can still show your support by planting a tree in memory of Marie Ubsdell.
Visit the Tribute Store
Share Your Memory of
Marie
Upload Your Memory View All Memories
Be the first to upload a memory!
Share A Memory
Plant a Tree