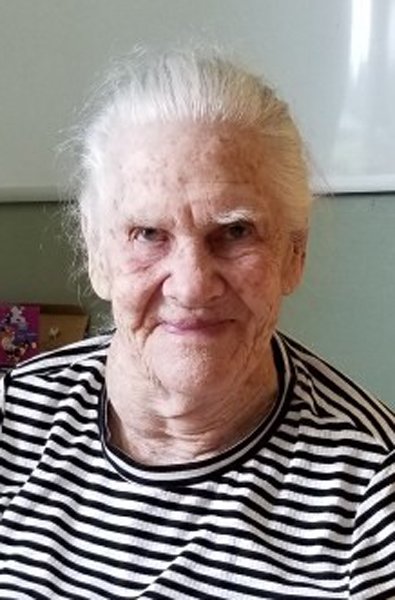 The passing of Vivian Minerva Henderson of Hurlette Road, NB, wife of the late John "Jack"  James Henderson, occurred on Wednesday, March 11, 2020 at Nashwaak Villa, Stanley, NB.  Born on August 23, 1931 in Burtts Corner, NB, she was the daughter of the late Howard O. and Annie  (MacLean) White.  Vivian's life was centered around her love of the Lord.  She had a great big heart for all animals and provided a loving home to many.

Vivian is survived by brother, Howard "Howdie" White (Joan) of Burtts Corner; sisters-in-law,  Freda Henderson, Doreen Henderson and Elma White of Fredericton; several nieces and nephews. Besides her husband, she is predeceased by her brother, Willis Allen.

Visitation will take place at Nashwaaksis Baptist Church, 104 Edgewood Drive, Fredericton on Saturday, March 14, 2020 from 1-3 pm followed by the Funeral Service at 3 pm with Rev. Chris Bennett officiating.  Interment will take place at Burtts Corner Community Cemetery at a later date. For those who wish, remembrances may be made to a charity of the donor's choice.   Personal condolences may be offered through www.yorkfh.com