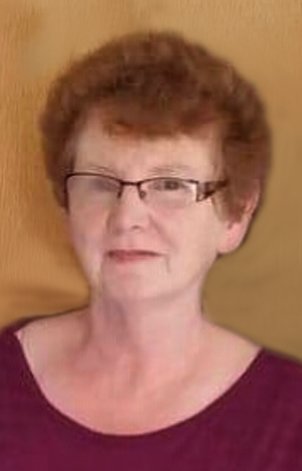 The passing of Charlotte Marie Goodale (Brayson), 70, of , occurred on Saturday, February 8, 2020 at Dr. Everett Chalmers Regional Hospital after complications with a brief illness.

In her childhood, Charlotte was the energetic red head with curly ringlets, following around her older brother Earlon while she and her sister Beatrice pushed their younger brother Leon around in a toy baby carriage. As a young adult, she studied to become a nursing resident attendant. met Bob, the love of her life in the late 70s. Before long they were surrounded by four active and wonderful children. embraced motherhood with gusto and ease. She raised her children and worked a full career in nursing, before retiring. Many of her 40 plus working years were spent caring for residents at Victoria Glen Manor, where Charlotte was known as an exceptional and extremely efficient nurse attendant, who was well-liked by her peers and those she looked after.

Charlotte preferred a quiet life away from social settings, yet she was kind and hospitable to anyone who would drop by. Beyond, her distinctive giggle and warm charm, she had a practical, strong side that came out in unique ways. She was the perfect example of human selflessness and quiet strength as she weathered the loss of 2 children and looked after Bob for many years during his prolonged illness. She never swayed as a mother to Barry and Rebecca, continuing to nurture the family unit. In recent years became a grandmother, giving her grandchildren the time and intangible things that only a loving grammy can provide. Cooking with and reading with Breanna gave great joy. In 2019, Rebecca and Jeff’s marriage brought step grandchildren into the fold whom dotted on like her own.

A Celebration of life will be held at a later date. For those who wish, remembrances may be made the Fredericton SPCA. Personal condolences may be offered through www.yorkfh.com

Charlotte will be sorely missed by her family and be remembered as one of the sweetest persons, anyone could know.