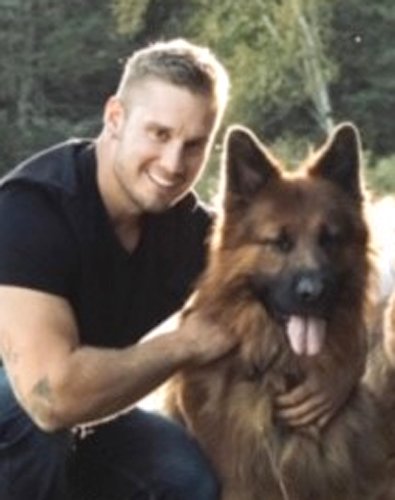 The passing of James Albert Wilde of Lincoln, NB, fiancee of Tara Stewart, occurred on Thursday, February 6, 2020 at 102 Collins Street.  Born on March 3, 1990 in Calgary, AB,  he was the son of Christian and Chrystalla (Mikallou) Wilde.

James enjoyed motor cross racing, and he once held the Junior Champion Title.  He loved Harley Davidson bikes and snowmobiling.  He leaves behind his beloved dog, Kash.

Visitation will take place at York Funeral Home, 302 Brookside Drive, Fredericton on Tuesday, February 11, 2020 from 2-4 and 6-8 pm.  The Funeral Service will take place at York Funeral Home's T. Gordon MacLeod Memorial Chapel, 302 Brookside Drive, Fredericton, NB on Wednesday, February 12, 2020 at 2 pm with Rev. Paul Ranson officiating.  Interment will take place at a later date. For those who wish, remembrances may be made to Oromocto SPCA or the charity of the donor’s choice.  Personal condolences may be offered through www.yorkfh.com