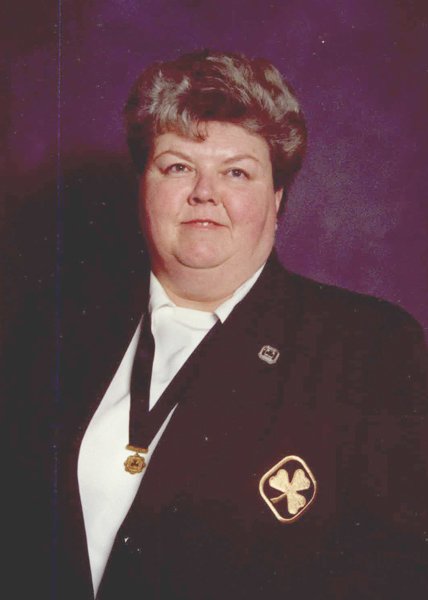 The passing of Ruby Elaine Henry of Scotchtown, NB, wife of the late Glenn Charles Henry occurred on Thursday, January 30, 2020 at Dr. Everett Chalmers Regional Hospital.  Born on August 25, 1938 in St. George, NB, she was the daughter of the late Percy Alexander and Ruby Irene (Thompson) Hatt.

Ruby worked as a Medical Secretary. For almost 50 years, Ruby was involved in Girl Guides of Canada at every level, beginning as a brownie leader, when her daughter joined, it continued with Guides then Rangers.  She played a lead role in organizing many special camping events provincially.  Ruby served as Provincial Commissioner and on the National Council.  She had a unique role chairing the National Cookie Negotiating Committee for four years.  She travelled to every corner of NB for Guiding both with girls and adults. Currently she belonged to the 2nd Fredericton Trefoil Guild and chaired the Provincial Archives Committee. Ruby received many special Guiding Awards, including the Gold Maple Leaf, Beaver, and the very special "NB Heart of Guiding" which she treasured.

Visitation will take place at York Funeral Home's T. Gordon MacLeod Memorial Chapel on Sunday, February 2, 2020 from 12-2:30 pm; followed by the Memorial Service at 3 pm with Rev. Jason Hinsdale officiating. Interment will take place in Scotchtown Cemetery at a later date. For those who wish, remembrances may be made to the Girl Guides of Canada, Fredericton SPCA or to a charity of the donor's choice.  Personal condolences may be offered through www.yorkfh.com