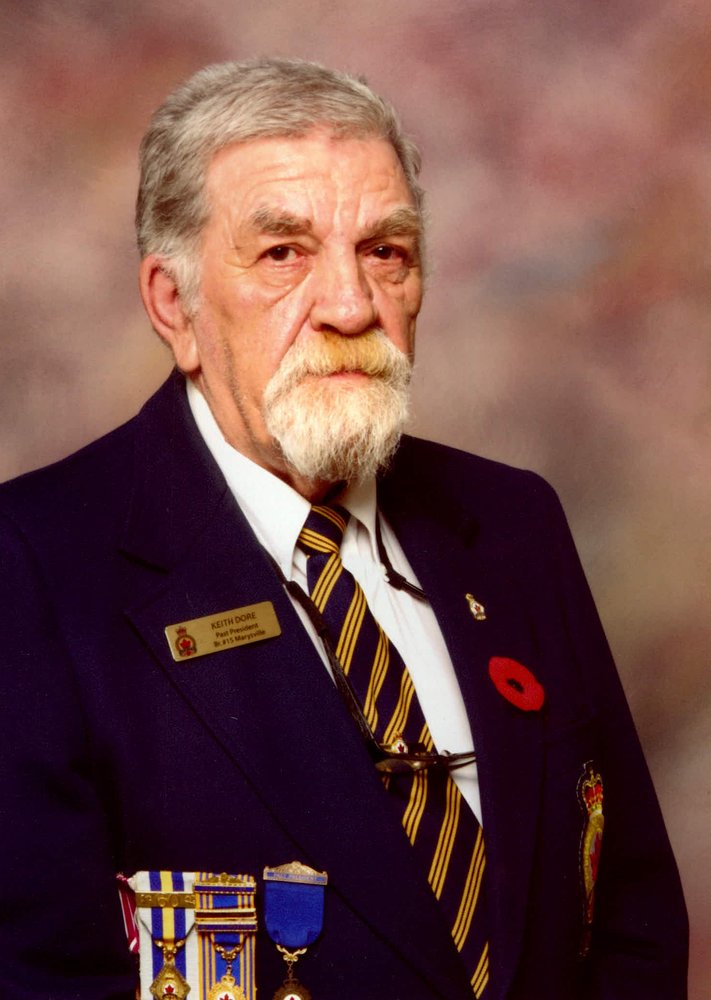 It is with great sadness that the family announces the passing of Keith Allan Dore (73) of Marysville. Born in Woodstock, New Brunswick on February 2, 1946, he was the son of the late Lloyd and Clarice (Ingraham) Dore.

Keith, also known as Yo-yo by his friends, was an avid baseball player in his youth. He became a member of the Fredericton Sports Wall of Fame in 2017 as part of the Fredericton Junior Vikings baseball team (1965-1967). During the warm months, you could find Keith at Royals Field watching baseball. His favorite players were Matt Stairs, Jason Currie & Shane Sullivan.

He was a proud member of the Royal Canadian Legion-Branch 15, Marysville for 33 years and served as President from 2013-2017. Keith was employed with the Provincial Government (Forestry Department) for 35 years.

Keith will be dearly missed by his wife Joan (Stevens), his step-children Jason Currie and Jacqueline Currie-Sullivan (Jason Sullivan), and his pride and joy, grandchildren Erin and Shane Sullivan, all of Fredericton. He is also survived by his brothers and sisters Betty Noble (Rusagonis), Edison Dore (Toronto), Duane Dore (Hartland) and Donna Fossum (Florida), as well as nieces and nephews. He was predeceased by his partner Melvina Allen and his fur babies Toby and Izzy.

An informal celebration of Keith's life will take place on Saturday, January 25, 2020 from 2-4 pm at York Funeral Home, 302 Brookside Drive, Fredericton, NB. For those who wish, remembrances may be made to the Fredericton SPCA or to the charity of their choice.  Personal condolences may be offered through www.yorkfh.com