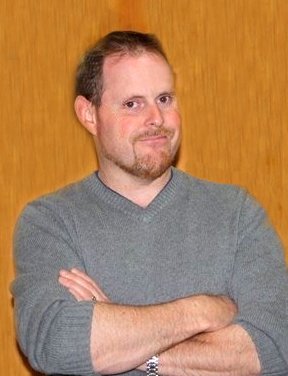 The passing of Terrance "Terry" Ray Dillon of New Maryland, NB, husband of Sonja (MacNeil) Dillon occurred on Tuesday, January 21, 2020 at Dr. Everett Chalmers Regional Hospital, after a long battle with Vasculitis and Kidney failure.  Born on May 11, 1976 in Fredericton, NB, he was the son of Ray and Doreen Dillon. Terry worked as a Process Improvement Facilitator for the NB Provincial Treasury Board.  He enjoyed all things outdoors, including hunting, fishing and camping. Terry's greatest passion was his family, especially his girls, Sonja, Victoria and Katherine.

In addition to his parents and wife, Terry is survived by his daughters, Katherine and Victoria Dillon; sister, Angela McGregor (Kevin); father and mother in law, Dan and Sandra MacNeil; sister-in-law, Corrie Landry (Jeff);  nieces and nephew.

Visitation will take place at York Funeral Home, 302 Brookside Drive, Fredericton on Thursday, January 23, 2020 from 7-9 pm.  A Celebration of Life will take place at York Funeral Home's T. Gordon MacLeod Memorial Chapel, 302 Brookside, Fredericton, NB on Friday, January 24, 2020 from 2-4 pm; followed by Words of Remembrance at 2:30 and an opportunity for family and friends to share stories.  The family wish to express their gratitude to the Doctors and Nurses at the Dr. Everett Chalmers Regional Hospital- Palliative Care Unit for their care and compassion shown to Terry; also to the Saint John Nephology Team and the Dialysis Teaching Unit for all their support during this time. In lieu of flowers, remembrances may be made to the New Brunswick Kidney Foundation.  Personal condolences may be offered through www.yorkfh.com