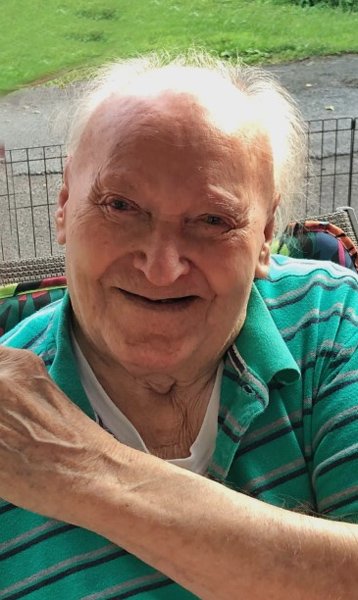 The passing of Georg Fackelmann of , husband of the late Anna "Maria” Luise Fackelmann, occurred 4 days after his wife passed away, on Sunday, January 12, 2020, at Hospice Fredericton.

He is survived by his daughter, "Beate" Maria (Fackelmann) Kuester, son-in-law, Uwe Kuester; grandson, Florian-Alexander Kuester; other surviving relatives, Joe and Helga Schmidt (Kuester); Riley Durelle Schmidt; Marc and Stacey Schmidt; and Mateo Schmidt, his niece Gisela Steinbach, his nephew Georg Fackelmann and his nephew Erwin Fackelmann, as well as nieces and nephews. He was predeceased by his father, Georg Fackelmann Senior; his mother, Veronica Drust, his brothers Michael Fackelmann (the Late Anne-Marie) and Adam Fackelmann (the Late Elfriede).

Georg's family would like to thank the Extra Mural Nurses for their exceptional care. Also a very special thank you to Dr. McDonald (Palliative Care) and our family doctor Dr. Paulin in Oromocto, both of who were so caring and made sure needs were met. In addition a very special thank you to staff members and volunteers of the Hospice House Fredericton. We have never experienced such compassion and care as it was given to my father in this beautiful environment. A Celebration of Life will be held at his home () at a later time.  In lieu of flowers, remembrances may be made to a charity of the donor’s choice.  Personal condolences may be offered through www.yorkfh.com

To send flowers to the family of Georg Fackelmann, please visit Tribute Store