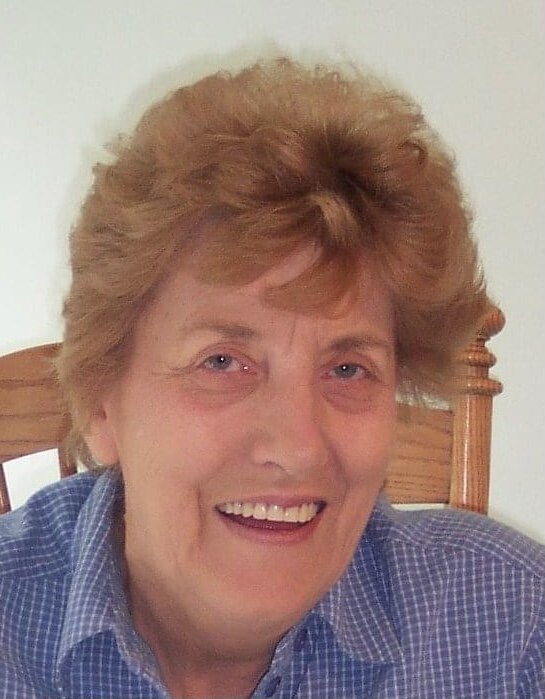 Please share a memory of Retta to include in a keepsake book for family and friends.
View Tribute Book

The passing of Retta Emma Marie Risser of , wife of Lewis Wayne Risser, occurred on Monday, January 16, 2023 at Dr. Everett Chalmers Regional Hospital.  Born on November 27, 1941 in , she was the daughter of the late Ida (Brandt) and Steve Halldorson. Retta worked for GATES in the Mess Hall. As a military wife, she spent most of her life in , but also spent time in , , , , and and retiring in Cottonwoods, MB. Retta and Lou moved to five years ago to be closer to their grandchildren, but greatly missed going to the wildlife club for coffee in the mornings. She enjoyed vegetable gardening (especially tomatoes), loved her flower beds, African violets, embroidery, playing cribbage and double solitaire.

In addition to her husband, Retta is survived by her daughter, Susan Stewart of Fredericton, NB and son, Stephen Risser of Winnipeg, MB; grandchildren, Amanda Stewart and Jeremiah Stewart both of Fredericton, NB; and great grandchildren, Max, Christopher, Peyton, Finley, and Freyja. In addition to her parents, she was predeceased by her sister, Carol Bassett and great grandson Jakob Stewart.

There will be no service by request. For those who wish, remembrances may be made to the Canadian Lung Association or the charity of the donor’s choice.  Personal condolences may be offered through www.yorkfh.com

Look inside to read what others have shared
Family and friends are coming together online to create a special keepsake. Every memory left on the online obituary will be automatically included in this book.
View Tribute Book
Share Your Memory of
Retta
Upload Your Memory View All Memories
Be the first to upload a memory!
Share A Memory
Send Flowers