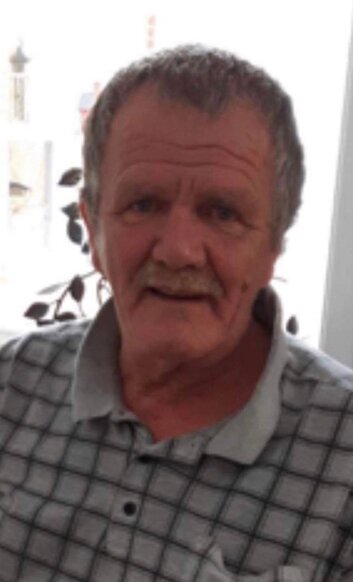 Please share a memory of Laurie to include in a keepsake book for family and friends.
View Tribute Book

On Saturday, January 7, 2023, Laurie Allison Sparkes, loving husband and the father of six, passed away at the Dr. Everett Chalmers Regional Hospital. Back in his younger days Laurie worked many years for CNR, before moving on to do what many people have known him for, being a cab driver. Laurie really enjoyed driving cab and always had so many funny stories to share. Customers who got to know Laurie during those years always talked about how he was their favourite driver, so kind, respectful, happy, and easy to talk to, always talking about his family with such pride. Laurie’s other passions included darts, he was an avid dart player. One of his former dart partners shared her experience as his partner and said “We've played together in multiple meats shoots and brought home the meat”!! Laurie was also remembered for playing his guitar and singing to his children when they were little ones. But his biggest passion over the past four years was being a grandfather to his two youngest grandchildren, Caleb and Kasia! He changed his life around for these two and every opportunity he could get he would arrange play dates or sleepovers at Grammie and Grampy’s out in Stanley!

There will be no services at this time by request.  A Graveside Service will be held in Cross Creek Baptist Cemetery at a later date, and will be announced at the time.  The service has been entrusted to York Funeral Home. 302 Brookside Drive, Fredericton, NB.  Due to his love for his animals, Cubby, Ringo and Lucky, remembrances may be made to the Fredericton SPCA.  Personal condolences may be offered through www.yorkfh.com