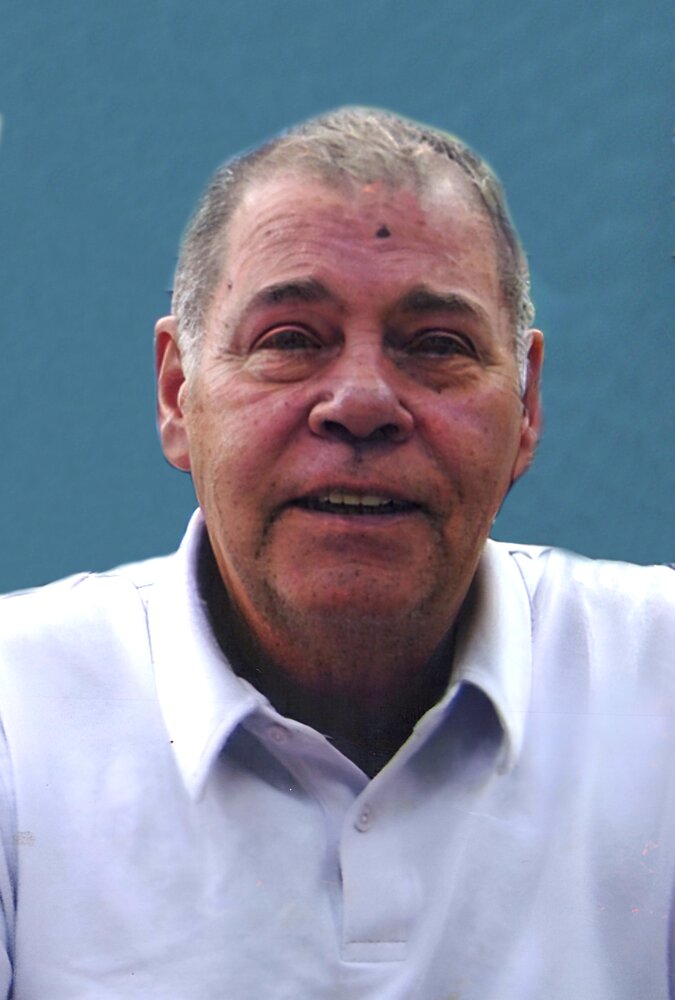 Please share a memory of Freddie to include in a keepsake book for family and friends.
View Tribute Book

It is with great sadness the family announce the passing of Freddie Joseph Melanson on Wednesday, January 4, 2023, after a lengthy battle of dementia at Hospice House, Fredericton, NB.  Born in Sackville, NB on February 20, 1939, he was the youngest son of the late Jude and Lydia (Comeau) Melanson.  Freddie worked for the City of Fredericton for 37 years, in the water and sewage department, before he retired.  He was a hard worker and always provide for his family.  During his younger years, Freddie enjoyed playing darts with his special friends from St. Mary’s First Nation.  He was a Jokester and always enjoyed a good laugh. Freddie enjoyed going to the horse races at the Fredericton Exhibition grounds, golfing and camping.  Some of his favourite spots were Mary Everetts Riding Staples, Mactaquac Provincial Park and TNT Campground.  He met many friends along the way with his wife, children, grandchildren and great grandchildren by his side.  Freddie enjoyed playing Bingo at St. Mary’s Entertainment Centre, with his family and best friends.  Freddie would be at the bingo hall every night of the week ending in “y”, on the nights he didn’t win he said he went there to donate and promised he wouldn’t be back.  Freddie loved music and was a self taught musician, who played the piano, accordion and guitar.  In his younger years Freddie played in several bands around Fredericton and surrounding areas.  He loved the sound of the fiddle, often times you would hear the lively sound of fiddle music flowing from his room.

Aside from his parents, Freddie was predeceased by his brother, Roy Melanson and his beautiful, charismatic granddaughter, Chelsey Lynn Marie Arsenault Nash. Freddie loved his friends as family; some of his special friends he lost along his journey were Alan and Bev Polchies, Donny and Liz Brewer.

The family would like to thank the staff of Hospice House and Med 1 at Oromocto Hospital for their exceptional care, love and compassion.

There will be no services at this time by request.  Arrangements have been entrusted to York Funeral Home, 302 Brookside Drive, Fredericton, NB.  For those who wish, remembrance may be made to Hospice Fredericton or Alzheimer Society.  Personal condolences may be offered through www.yorkfh.com

Look inside to read what others have shared
Family and friends are coming together online to create a special keepsake. Every memory left on the online obituary will be automatically included in this book.
View Tribute Book
Share Your Memory of
Freddie
Upload Your Memory View All Memories
Be the first to upload a memory!
Share A Memory
Send Flowers