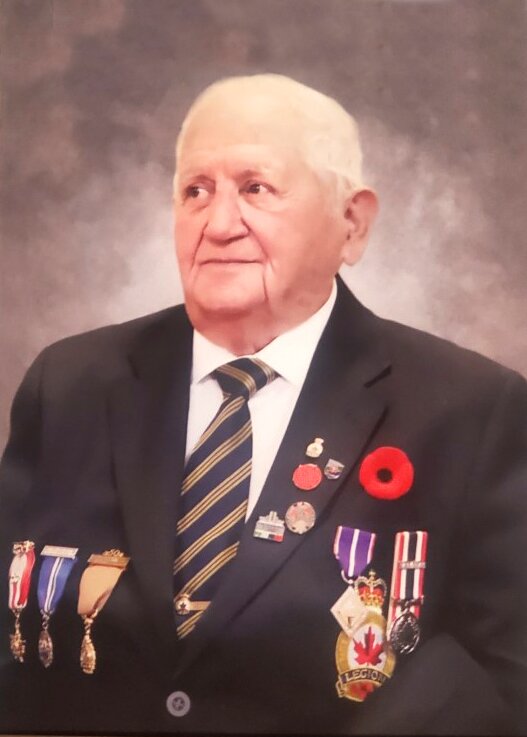 Please share a memory of Lorne to include in a keepsake book for family and friends.
View Tribute Book

Lorne left home at 16 years old to join the Canadian Army as a “Boy Soldier”. He spent his 10 year military career in aviation maintenance. He continued in this field during his civilian career; first with Laurentian Helicopters and Maritime Air Services before starting Mobile Air Maintenance. Later he joined Transport , where he remained until his retirement in 1996 as Regional Director of Airworthiness. Lorne was associated with several community organizations including Boy Scouts, NB Guides Association, Masonic Lodge, Shriners and the Royal Canadian Legion.

Besides his parents, Lorne was predeceased by his first wife, Doreen (O’Donnell); brothers, Don and Al; sister-in-law, Carla.

Visitations will take place at York Funeral Home’s Miramichi Valley Chapel, 7681 Route 8, New Bandon on Tuesday, January 3, 2023 from 2-4 and 7-9pm and at Holy Trinity Anglican Church, 298 Main Street, Blackville on Wednesday, January 4, 2023 from 2-4 and 7-9 pm. Available members of the Royal Canadian Legion and Masonic Lodge are asked to assemble at Miramichi Valley Chapel on Tuesday, January 3, 2023 for tribute Services beginning at 6:30 pm. A Funeral Service will be held from Holy Trinity Anglican Church on Thursday, January 5, 2023 at 2 pm with Father Gerald Laskey and Father Neil Osiowy officiating. Interment will be in St. Andrew’s (Russell Hill), Remembrances can be made to Landmark Masonic Lodge #51, Boiestown or the Josie Foundation. Personal condolences may be offered through www.yorkfh.com

Look inside to read what others have shared
Family and friends are coming together online to create a special keepsake. Every memory left on the online obituary will be automatically included in this book.
View Tribute Book
Share Your Memory of
Lorne
Upload Your Memory View All Memories
Be the first to upload a memory!
Share A Memory
Send Flowers