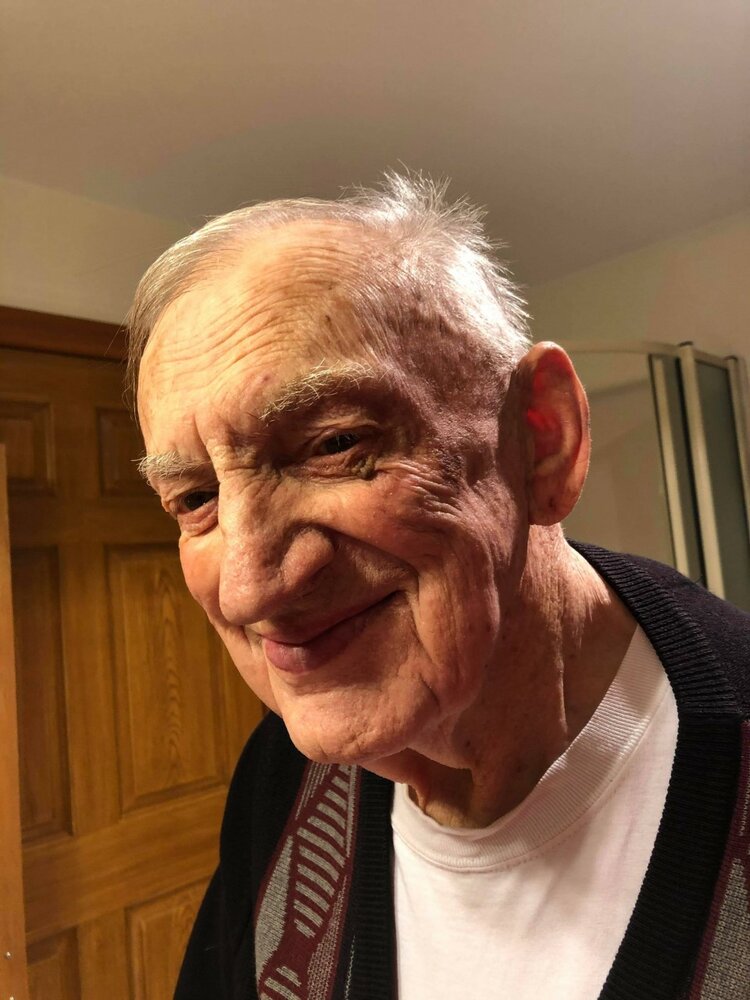 Please share a memory of Lloyd to include in a keepsake book for family and friends.
View Tribute Book

The passing of Lloyd (Gillie) Reeve Gill of Fredericton occurred at the Dr. Everett Chalmers Hospital on December 29, 2022. He was 93 years old. Born in 1929 in Fredericton, he was the youngest son of Herb and Mabel (Leverington) Gill.

Lloyd was a business man at a very young age. When he was about 12 years old, he delivered newspapers in the Devon area and had such a large clientele that it was necessary for him to hire another young lad to help out. At 14 he gave up the paper route and started restoring bicycles for resale. At 16 he went to work with his father in the lumber business and a few years later his father bought a mill in Nashwaaksis which became known as H. S. Gill & Sons. Later, he and his brother Ralph started another mill in the Devon area which was to become Devon Lumber Co.

During his younger years Lloyd played baseball and hockey on local teams. He played for the Fredericton Caps hockey team and then in the Fredericton Old timers’ hockey league and traveled to Europe and around Canada playing this type of hockey. Lloyd eventually retired at the age of 72 and spent a great deal of time at his other home in Scotchtown on Grand Lake where he welcomed all who visited and spent many nights around the fire telling stories, jokes and having a few good laughs.

He was predeceased by his devoted and loving wife of 58 years, Elizabeth (Betty), daughter Brenda, brother Harry, brother Ralph and sister-in-law Annie, his beloved sister Florence Gilbey, son in law Richard Wilson and his great grandson Todd McCoy, as well as all of Betty’s siblings. Lloyd was the last surviving member of his immediate family.

Special thanks to the caring staff of the DECH-4NW, Extra Mural Care and his devoted at home caregivers. In keeping with Lloyds wishes there will be no visitation or service. Internment will take place in the spring of 2023 for family and close friends. Arrangements have been entrusted to York Funeral Home. For those who wish, remembrances may be made to the charity of the donor’s choice. Personal condolences may be offered through www.yorkfh.com

Look inside to read what others have shared
Family and friends are coming together online to create a special keepsake. Every memory left on the online obituary will be automatically included in this book.
View Tribute Book
Share Your Memory of
Lloyd
Upload Your Memory View All Memories
Be the first to upload a memory!
Share A Memory
Send Flowers