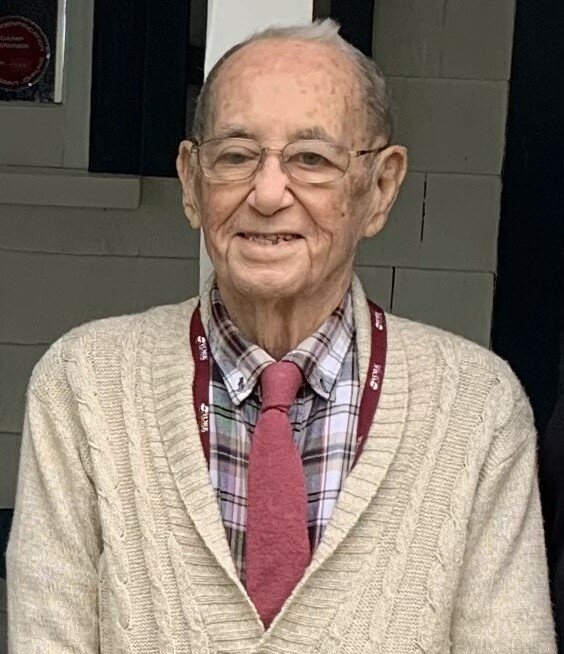 The passing of Thomas Alton McCrea occurred on Sunday evening, December 25/22 at York Care Centre in Fredericton. Alton was born August 2/31 in Perth, NB, the son of Herbert and Agalia (Hillman) McCrea.

Alton was predeceased by his wife of 70 years, Kathryn E. Landers (of Sandford, NS), his parents, his brother Glendon L. McCrea, and his granddaughter Breanna R. Davis.

Alton was a faithful and life-long member of the former Reformed Baptist, now the Journey Wesleyan Church in Fredericton, NB.

No visitation or funeral service are planned at this time. A celebration of life and graveside interment will be announced later in Larlee Creek Cemetery, Perth, NB.

The family wishes to express sincere appreciation to the staff of Hawkins House and York Care Centre for their support and care of Alton through the progression of his decline.

For those who wish, personal condolences may be offered through www.yorkfh.com.

Share Your Memory of
Thomas
Upload Your Memory View All Memories
Be the first to upload a memory!
Share A Memory
Send Flowers