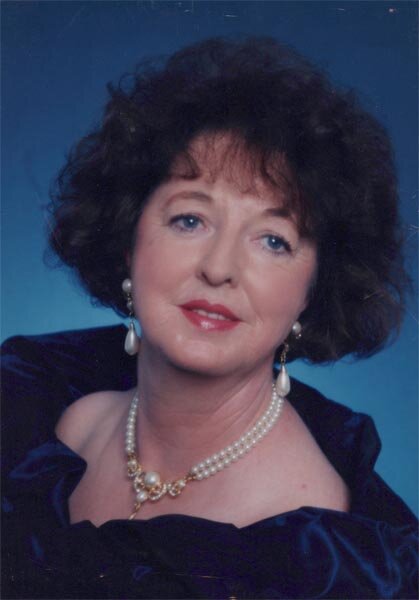 Please share a memory of Alice to include in a keepsake book for family and friends.
View Tribute Book

Alice Millicent (Ryan) Scott passed away peacefully on December 15, 2022 in . Alice was born in Fredericton, moving to Oromocto shortly after marrying her husband Merlyn (Scotty) Scott, where they raised three children in the little house on the Forestry Station: Steven Scott (Darla), Katherine Scott and Michael Scott (Fozia). returned to to live after Scotty retired and is survived by her children, her grandchildren Megan (Darren McMackin), William and Jamaal, as well as a number of nieces, nephews and cousins.

Alice, who will be sadly missed by her family and friends, was best known by them for her delightful sense of humor, her love for her grandchildren, her love of music, her story telling ability and her appreciation of horses. had a beautiful voice and spent many hours singing along with the songs from various musicals, with her children singing and dancing along with her when they were little. To this day her children can probably sing along with all of the songs in such musicals as My Fair Lady, Camelot, Mary Poppins and the Sound of Music. could tell wonderful stories, which her children can attest to, having listened spellbound to many a bedtime story about the “tiny mouse”! Always promoting education, ’s children and their friends, attended many outings to local art galleries, museums and plays. always said that opening a child’s mind when they were young was important and was a good way to ensure they would be open to new experiences when they were older. Alice enjoyed spending time with her family when they visited, especially her grandchildren and fun times were had travelling to Mactaquac Park for swimming and picnic lunches or enjoying an outing to Cavendish Beach in P.E.I.Another of her joys in life was horses and she courageously decided she would learn to ride at the age of 37. Many contented hours were spent with her daughter and her sister Shirley learning to ride and embracing the fun of getting “lost” finding their way to horse shows out in the country. has now finally found her way Home and is at peace.

As per her wishes was cremated, with a Celebration of Life and a burial to take place at a later date; details to be provided at a later time. Rather than sending flowers, requested that anyone who wishes, may make a donation to the Salvation Army or to their charity of choice.

Look inside to read what others have shared
Family and friends are coming together online to create a special keepsake. Every memory left on the online obituary will be automatically included in this book.
View Tribute Book
Share Your Memory of
Alice
Upload Your Memory View All Memories
Be the first to upload a memory!
Share A Memory
Send Flowers